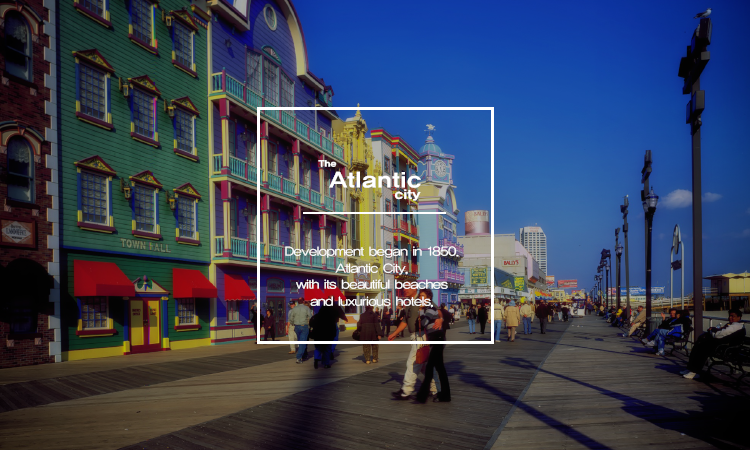 Pull on a wool flannel bathing suit or hop on a rolling chair, it’s time to go to Atlantic City, New Jersey, in the 1800s.

What kind of suit would you wear to the beach in the late 1800s? Women beach goers at that time wore bathing dresses of wool flannel with stockings, canvas shoes, and large straw hats. Censors roamed the beach looking for bathers who showed too much flesh.

What could you do in Atlantic City after your day at the beach?

You could stroll down the famous boardwalk and shop, eat saltwater taffy, or sit in an elegant restaurant. Alexander Boardman, a railroad conductor, thought up the idea of constructing a wooden walkway from the beach into town as a means of keeping sand out of the hotels. On June 26, 1870, the first section of the Atlantic City boardwalk opened along the New Jersey beach. It was eight feet wide and one mile long. Soon the walkway was extended and stretched to five miles long. By 1884, if you didn’t want to walk, you could travel along the boardwalk in a rolling chair. The rolling chair was the only vehicle allowed on the boardwalk.

Can you think of an event that happens each year in Atlantic City today?