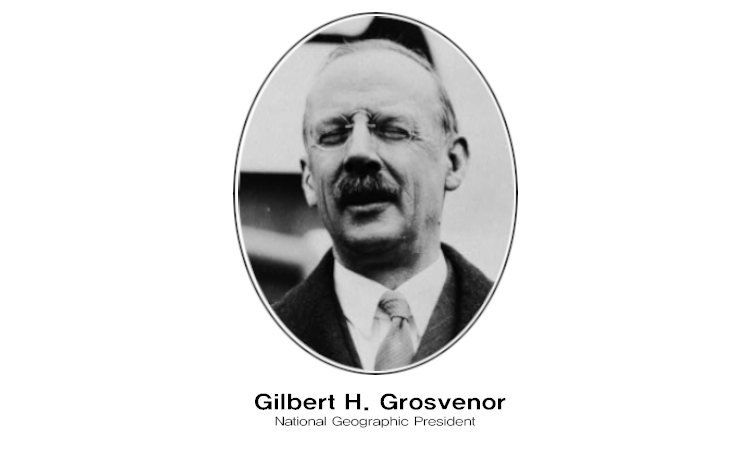 When you look at the exotic photographs in a National Geographic magazine, do they make you wonder about the world?

The magazine was a plain-covered journal when it first started. The beautiful photographs became part of the journal after Gilbert H. Grosvenor (pronounced “GROVE-nor”) became editor-in-chief for the publication in 1903. In 1920, Grosvenor took on a second role as president of the National Geographic Society, which publishes the magazine. Born in Turkey on October 28, 1875, Grosvenor is credited with transforming National Geographic into a world-renowned monthly magazine.

With the money earned from the magazine, the society was able to explore previously unknown worlds, then introduce them to millions of people. Where did the society go on its explorations?

Under Grosvenor’s guidance, scientific expeditions and research projects traveled as far as the North Pole with Commodore Robert Peary in 1909, and as deep as the ocean when William Beebe made his record-setting undersea descent in 1934.

Today, the National Geographic Society is the largest nonprofit scientific and educational organization of its kind. Grosvenor cared a great deal about conservation and the protection of wildlife, and both causes are the subject of many of the current programs and educational materials offered by the society.

Next time you pick up a National Geographic, see if you can find a world that you never knew existed. Happy exploring!