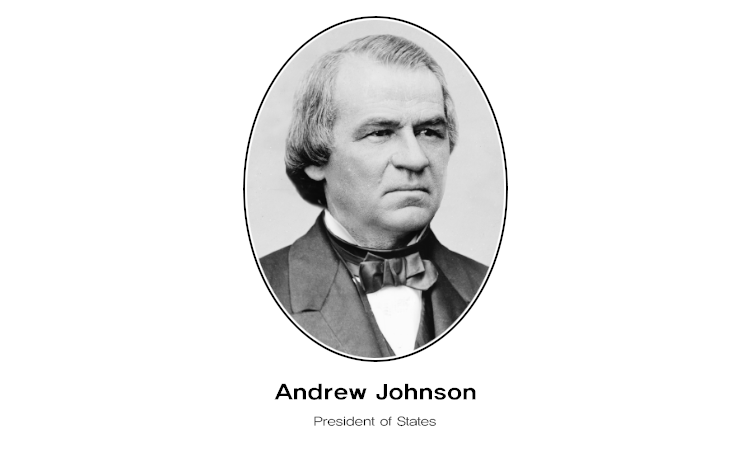 It’s no small decision for Congress to impeach (accuse of a crime or misdemeanor) the president, but in 1868 that’s exactly what happened. In February, the House of Representatives voted to impeach President Andrew Johnson. His trial, with the chief justice of the Supreme Court presiding, began on March 30 with the Senate serving as jury. Johnson was accused of having broken the law, but on May 16, 1868, the U.S. Senate failed to convict him by one vote. A second vote taken 10 days later had the same result: one vote short of the two-thirds majority required to convict. What did Johnson do that led to his impeachment and near arrest?

After becoming president following the assassination of Abraham Lincoln, Johnson wanted to complete Lincoln’s plan to reunite the country swiftly. The Civil War (1861-1865) had just ended. His plan was to promote passage of an amendment outlawing slavery, then allow the Confederate states to once again send representatives to Congress and govern themselves. Johnson, however, lacked Lincoln’s good judgment. While Congress was in recess, the newly powerful Southern states passed “Black Codes,” limiting the rights of freed slaves. An angry Congress proposed a law that would repress those codes; Johnson vetoed it. Congress in return, on March 2, 1867, passed the first override in U.S. history, to protect its civil rights legislation. And on it went.

That same day, Congress passed a law that limited the power of the president. The Tenure of Office Act prohibited the president from removing any government official, including his own cabinet members, without the Senate’s approval. Johnson maintained the law was unconstitutional and thus invalid. He fired Secretary of War Edwin M. Stanton, a political enemy, in open defiance of the law.

The House of Representatives then decided to impeach the president, charging him with “high crimes and misdemeanors” as required by the Constitution. Johnson was charged with breaking the law, among other things. During his trial before the Senate (where impeachment hearings are held, according to the Constitution), the charges were shown to be so weak that seven Republicans refused to convict the Democratic president. The votes thus fell one short of the two-thirds necessary for conviction.

Johnson did not attend his trial. When he heard the results, the president broke into tears.