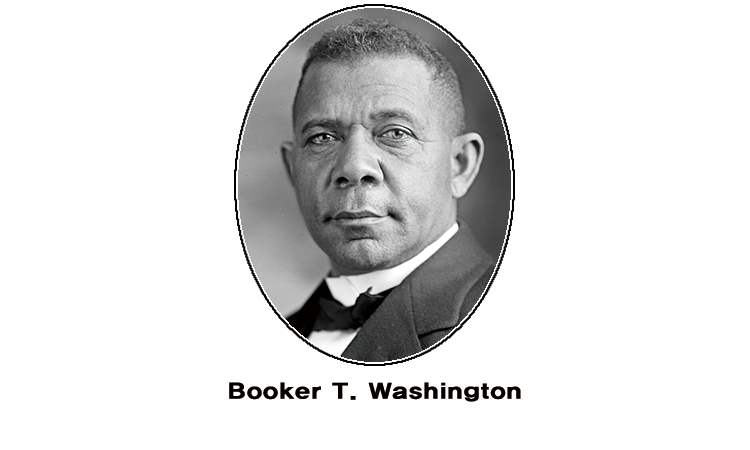 A reporter in the crowd listening to Booker T. Washington deliver his famous “Atlanta Compromise” speech on September 18, 1895, described the event this way: “His eyes and his whole face lit up with the fire of prophecy… It electrified the audience, and the response was as if it had come from the throat of a whirlwind.” One of the most politically powerful African Americans in the country from 1895 to 1915, Booker T. Washington was the first African American man ever to address a racially mixed Southern audience. What did Washington tell his audience?

Washington used the opening of the Cotton States and International Exhibition in Atlanta, Georgia, to send his message of industry, patience, and tolerance. Tired of the violence and turbulence that the South experienced during Reconstruction after the Civil War, he talked to blacks about self-help, attaining economic security, and allowing political equality to happen over time. Some African-American leaders, including W.E.B. Du Bois, rejected Washington’s emphasis on gradual economic and social advancement in favor of immediate political and intellectual empowerment. Du Bois formed an “anti-Bookerite” movement calling for immediate equality. What do you think of Washington’s patient approach to gaining equality?

Booker T. Washington had traveled a long, hard road to his position of leadership by the time he delivered his speech. Described in his autobiography, Up From Slavery, Washington went from slavery to working in a coal mine in West Virginia to studies at the Hampton Institute and ultimately teaching. He established the Tuskegee Normal and Industrial Institute in Alabama in 1881, turning it into one of the finest African-American educational institutions in the country. Washington strongly believed that “in all things that are purely social we can be separate as the fingers, yet one as the hand in all things essential to mutual progress.” What do you think he meant? Do you agree with his idea?