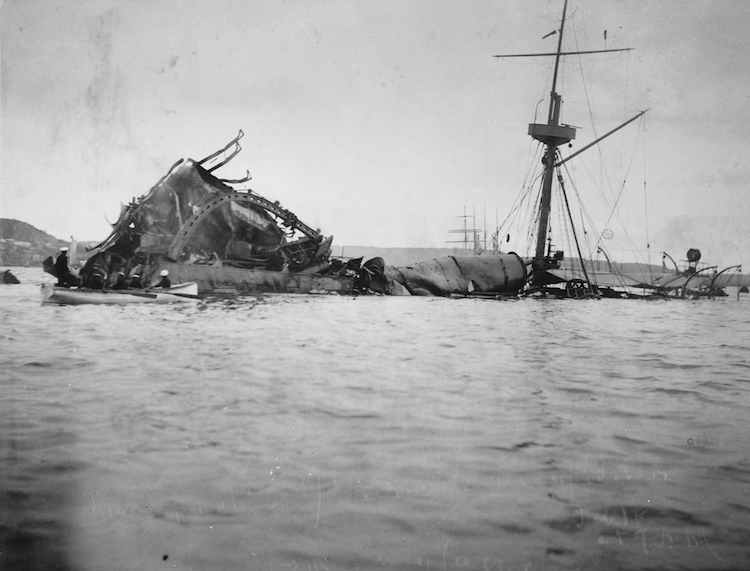 Who Sunk MY Battleship?

Have you ever played the game Battleship? To sink your opponent’s ships you have to guess where the ships lie on a grid of numbers and letters. It isn’t easy to sink a battleship just by guessing, even in a game.

Well, what if you already knew that your battleship had sunk, but had to guess who sank it? That is what happened to the United States on February 15, 1898, when an explosion sank the U.S.S. Maine in Havana, Cuba.

The U.S.S. Maine was one of the first American battleships and cost more than $2 million to build. The ship had been sent to Cuba after riots broke out in Havana. The Maine was sent to protect American interests there. Americans were shocked when the ship exploded and sank and 266 of the 354-crew members were killed.

After an official investigation, the U.S. Navy reported that the ship had been blown up by a mine. The Navy did not blame any person or country for the explosion. Who was to blame? Spain controlled Cuba at the time. So, was it Cuba, or Spain, or was it an accident? Many people in the United States blamed Spain (Today, however, many historians believe a malfunction in the ship caused the explosion). The relationship between Spain and the U.S. became so strained that they could no longer discuss the situation. By the end of April, the Spanish-American War had begun.