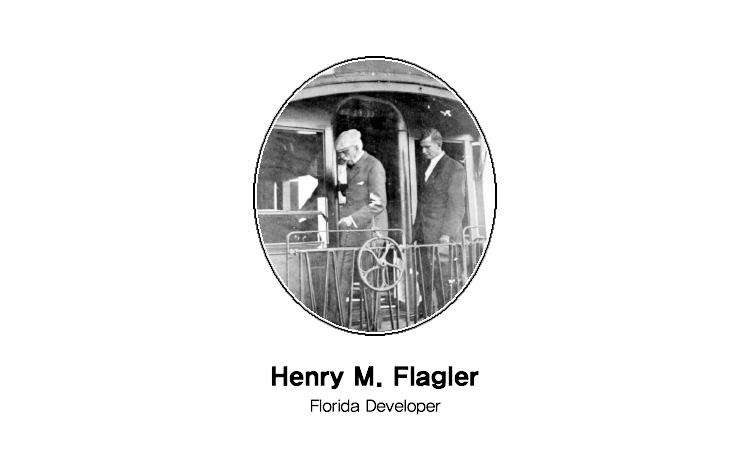 How would you get to an island 128 miles away? By boat? By plane? Well, in the early 1900s Henry M. Flagler, a Florida developer, decided a train would be a practical way for people to get to the island of Key West, Florida.

To complete the railway, 42 bridges had to be constructed. The length of track connected mainland Florida to the southernmost settlement in the United States and the keys (islands) in between. On January 22, 1912, Flagler boarded the first train of the Florida East Coast Railway bound for Key West.

Twenty thousand people lived on the small island of Key West in 1912. On January 22, 1912, almost every one of them showed up to watch Henry Flagler and the train arrive in their city.
In 1935, a hurricane destroyed the railway. By 1938, it was replaced by the world’s longest over-water road, called the Overseas Highway. If you happen to find yourself in Florida, driving across today’s ocean highway to Key West, wouldn’t it be fun to think of getting there by train?