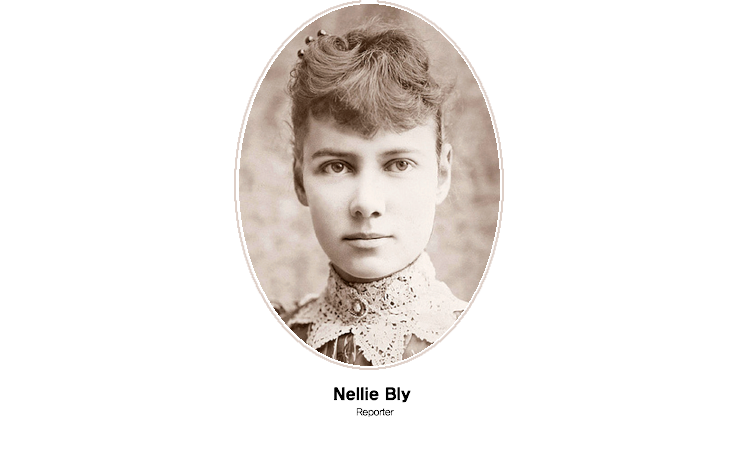 How long does it take to travel all the way around the world? Reporter Nellie Bly found out. On January 25, 1890, police cleared a path through a cheering crowd as Bly stepped off a train in New York just 72 days, 6 hours, 11 minutes, and 14 seconds after setting sail to prove she could circle the globe in less than 80 days. Why and how did she do it?

Have you read the book Around the World in Eighty Days by Jules Verne? The hero of the book, Phileas T. Fogg, travels around the globe in precisely 80 days. Bly, born Elizabeth Cochrane, said she could do it in less time. Bly traveled by ship, train, jinrikisha (a seat on wheels pulled by a man), sampan (a small riverboat), horse, and donkey to make it. Her newspaper carried daily articles about her journey and offered a trip to Europe to the person who could come closest to guessing her finish time. The paper received nearly 1 million entries and sold more copies than ever before.

Miss Bly was no stranger to taking risks. Once, pretending to be insane, she had herself committed to an asylum in New York for ten days so she could expose the horrible conditions there. Her report on the asylum, and later reports on slum life, inspired people to change these conditions. She also helped to pave the way for women in journalism. Have you ever thought of being a reporter? How long do you think it would take to go around the world today? How would you make your journey?