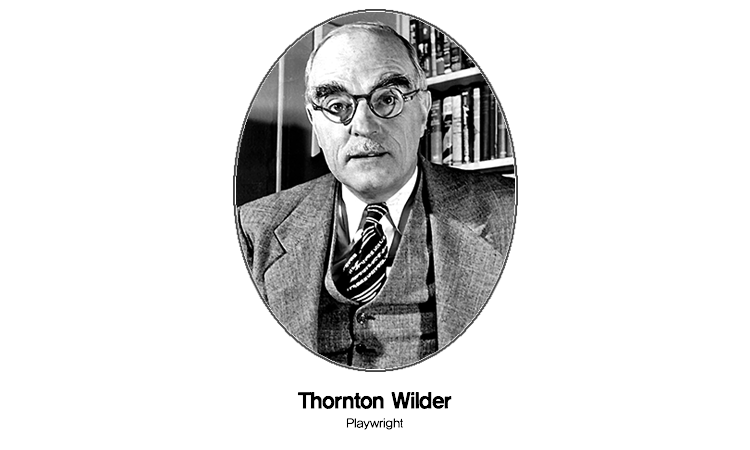 So much of human experience is universal; people living a world away go through many of the same conflicts, emotions, and lessons that you do. Thornton Wilder sought to show this in his books and stage plays. Born April 17, 1897, in Madison, Wisconsin, Wilder is one of the greatest playwrights of the 20th century. Author of seven novels, three plays, many essays, one-act plays, and articles, he is the only writer to win Pulitzer Prizes for both literature and drama.

Wilder’s writing puts humankind under a magnifying glass. In his Pulitzer Prize-winning play The Skin of Our Teeth (1943), he looks at war, disease, poverty, and the destruction caused by fire. His other prize-winning play, Our Town (1937), takes place in a fictional town called Grover’s Corner, New Hampshire, perhaps much like the town in this photograph. The play again focuses on the universality of human experience. What human experiences can you think of that are universal? Ask your family if they have ever seen a play or read a novel by Thornton Wilder.