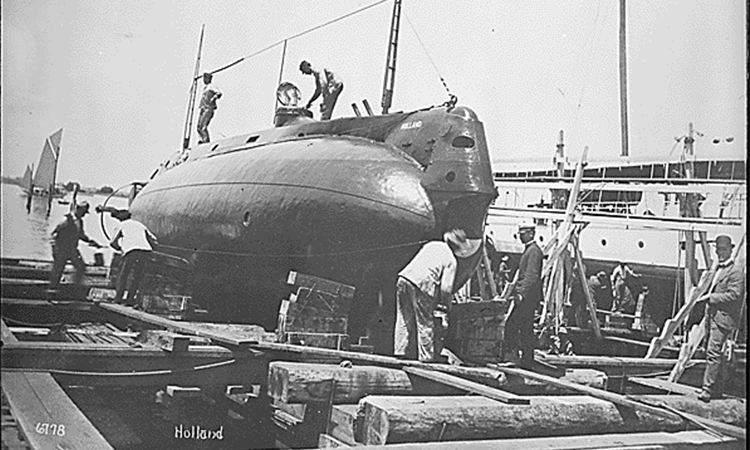 Can you imagine traveling beneath the surface of the ocean? The modern submarine made this possible. On April 11, 1900, the U.S. Navy acquired its first submarine, a 53-foot craft named after its designer, Irish immigrant John P. Holland (1840-1914). The Holland served as a blueprint for modern submarine design. Gasoline propelled it on the surface, and electricity propelled it when it was submerged. By World War I, Holland-inspired vessels were a part of large naval fleets throughout the world. However, the idea for a boat that could travel underwater goes back long before that.

Designs for underwater boats date back to the 1500s. In the 19th century, the first useful submarines began to appear. During the Civil War, the Confederates built the H.L. Hunley, a submarine that sank a Union ship, the U.S.S. Housatonic, in 1864. But it wasn’t until World War I that the first truly practical submarines emerged. Have you ever been on a submarine? Ask your family if they have and what it’s like.