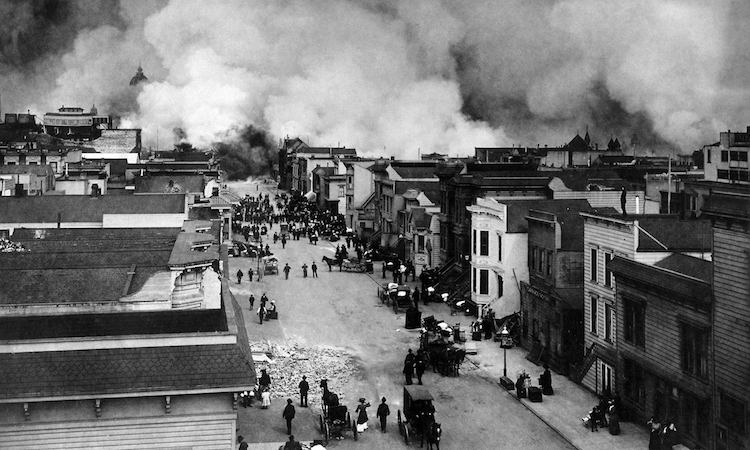 What wakes you up in the morning? An alarm clock? Your parents? What about an earthquake? That’s what woke up the city of San Francisco at 5:12 a.m. on April 18,1906. The 8.3 magnitude earthquake collapsed many buildings, but it wasn’t just the shaking ground that nearly destroyed the city.

Fires that started as a result of the quake raged through San Francisco for three days. Closely-built wooden homes and broken water mains made it difficult to fight the fires. More than 3,000 people are estimated to have died.

For a few weeks, survivors slept in tents and parks. They cooked outdoors to avoid the chance that any more buildings would be burned. Then they got busy rebuilding their city and homes and hoped never to be awakened by a devastating earthquake again.