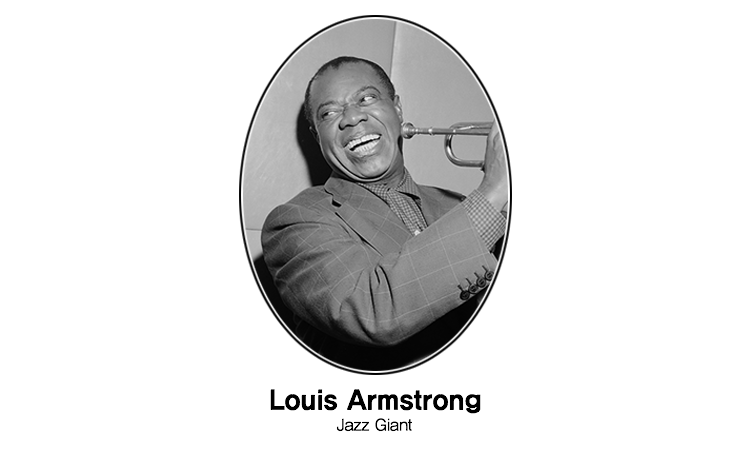 Louis Armstrong, was born in New Orleans, Louisiana, on August 4, 1901 (according to the most recent research), in the poorest section of town. He overcame poverty to become one of the most important people in the history of music.

No one before Armstrong had ever played the trumpet the way that he did. He was one of the first great soloists of jazz music. The solos he played were as interesting and innovative as any music written at the time. Rather than follow notes on a page, he improvised, playing what was in his head instead. This type of playing laid the foundation for all jazz to come.

Armstrong also pioneered a type of singing. Do you know what it was called?

The new style of singing that Louis Armstrong pioneered was called “scat.” Scat singing is a lot like improvising on a musical instrument. Instead of singing real words, with scat one sings nonsense words to the melody. Armstrong became as famous for his scat singing and gravelly voice as his trumpet playing. He recorded many songs with another jazz great and scat singer, Ella Fitzgerald.

In addition to all of his accomplishments, Louis Armstrong holds the record for being the oldest artist ever to have a Number 1 record. He accomplished this when he was 63 years old with his version of the song “Hello, Dolly,” from the musical of the same name. What is even more extraordinary is that he reached Number 1 in 1964 by toppling the Beatles from the top of the charts! Louis Armstrong had come a long way from his poor Louisiana beginnings.