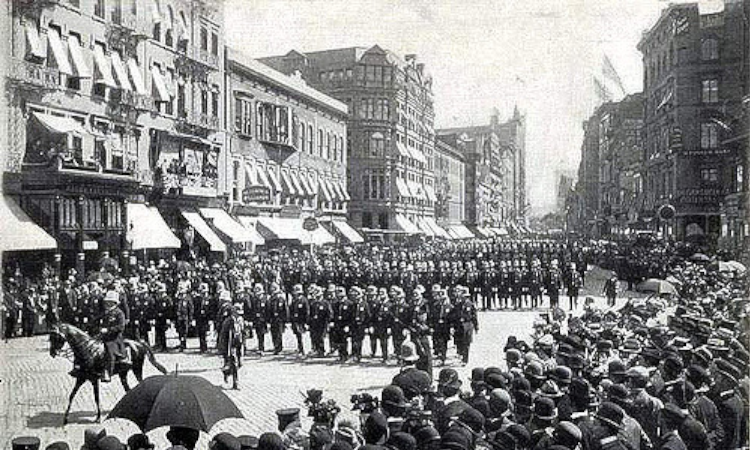 On June 1, 1899, a cameraman filmed New York City police officers marching through the city’s streets during their annual parade. The parade was a celebration of the officers and their hard work dealing with crime in the growing metropolis. At the turn of the 20th century, the city was growing rapidly, and New York’s police department had to grow to match the surging population.

By the time this parade took place, the department had hired its first woman officers and had opened up to ethnic minorities. Have you ever been to New York? You probably know that it’s America’s largest city and one of the world’s biggest cities. Even back in 1899, when women wore long skirts, men wore hats whenever they went outdoors, and horses were the main method of transportation, New York was made up of people from all over the world.

More than most cities, police in New York have needed to be able to speak lots of languages and work with many different kinds of people. Do police in your city ever ride horses? Do they speak more than one language? Serving the public in New York has for many years meant serving a diverse population.