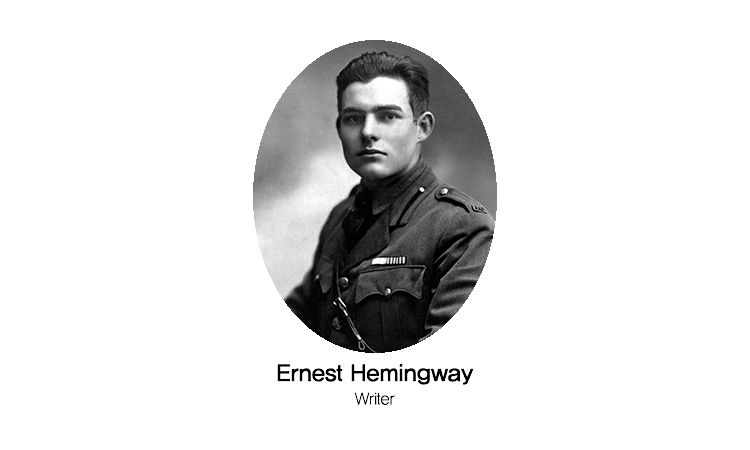 There are some books–considered classics–that just about everyone reads in school. Sometimes a book is so good it becomes a classic almost as soon as it’s written. One such book is The Old Man and the Sea by Ernest Hemingway. When Hemingway was born on July 21, 1899, his father, Dr. Clarence Hemingway, must have known he had a special son because he stepped out onto the porch of their home in Oak Park, Illinois, and blew his cornet.

Ernest Hemingway grew up to become one of America’s most respected writers, known for his sense of adventure as well as his unique writing style–spare dialogue and short, simple sentences.

After high school, Hemingway worked as a reporter for the Kansas City Star before signing up to fight in World War I. Unable to take up regular military duty because of a bad eye, he worked as an ambulance driver for the Red Cross in Italy. After he was badly injured, he stayed in a Milan hospital where he fell in love with his nurse, and wrote A Farewell to Arms (1929). Do you know the titles for any of Hemingway’s other books?

Hemingway lived in Europe for many years. He traveled to Spain often and became a passionate fan of bull-fighting. He also wrote about bull-fighting. In 1953 The Old Man and the Sea, the story of a fisherman in a battle with a giant fish, won the Pulitzer Prize in fiction and in 1954 Hemingway won the Nobel Prize for Literature.