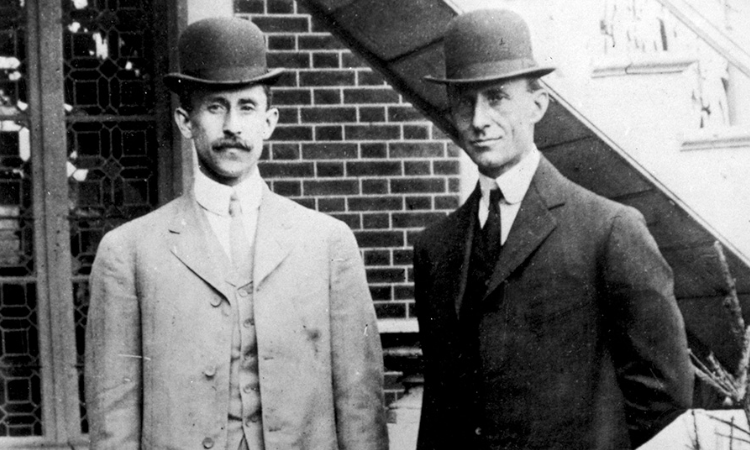 “For some years, I have been afflicted with the belief that flight is possible to man. My disease has increased in severity and I feel that it will soon cost me an increased amount of money if not my life.” Three years after Wilbur Wright wrote those words, he and his brother Orville put their belief in flight to the test in Kill Devil Hills, North Carolina.

Did their attempt to fly an airplane they had built in sections in the back room of their Dayton, Ohio bicycle shop cost Wilbur his life?

Orville piloted the first flight, which lasted just 12 seconds. On the fourth and final flight of the day, Wilbur flew for 57 seconds. Both brothers survived that morning, December 17, 1903. That day they became the first people to demonstrate sustained flight of a heavier-than-air machine under the complete control of the pilot. What did the brothers do after their exciting success?

The world was about to change forever.

The announcement of the Wright brothers’ successful flight ignited the world’s passion for flying. Engineers designed their own flying machines, people of all ages wanted to see the flights, and others wanted to sit behind the controls and fly. The brothers continued to make longer and faster flights.

The U.S. Army, seeing potential in the new technology, signed a contract with the Wright brothers in 1908 for the purchase of a machine that could travel with a passenger at a speed of 40 miles per hour. Today’s commercial jet airplanes routinely travel at 600 miles per hour.