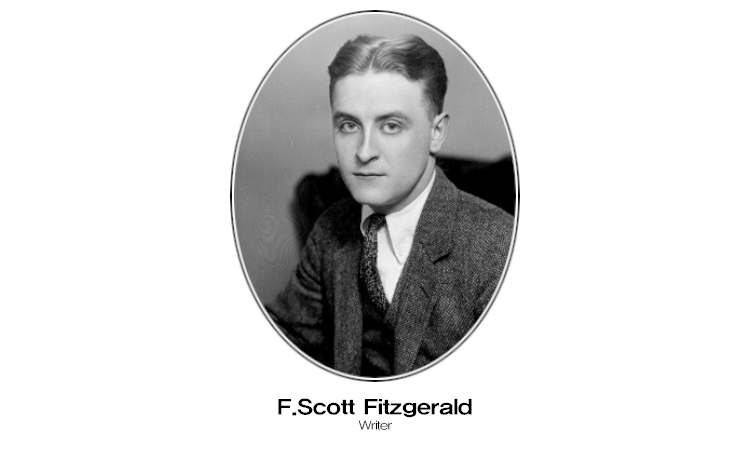 Fiction writers are often asked, “How much of you is in your characters?” For writer F. Scott Fitzgerald, author of The Great Gatsby, it was a lot. Born September 24, 1896, in St. Paul, Minnesota, Fitzgerald was famous for his depictions of the Jazz Age (the 1920s) in which he thrived. Named for his distant cousin, Francis Scott Key, author of “The Star-Spangled Banner,” he was brought up as an American aristocrat in St. Paul, but he was also driven by a highly charged, romantic imagination.

After turbulent years of schooling, Fitzgerald joined the army. While stationed at Camp Sheridan, he met and fell in love with Zelda Sayre. To win her hand, he rewrote and published his first novel, This Side of Paradise, in 1920. The novel, reflecting his years at Princeton University, tells the story of a young man’s quest for fulfillment in love and career. Over the course of the next decade and a half, while struggling to cope with the demons of his alcoholism and Zelda’s emerging mental illness, the Fitzgeralds enjoyed a life of literary celebrity.

In 1925, Fitzgerald published The Great Gatsby, considered his greatest work. Although it initially met with little commercial success, this novel about the American dream of material success has become one of the most popular, widely read, and critically acclaimed works of fiction in American literature. The life of the title character, Jay Gatsby, has been compared to Fitzgerald’s life.

While living on the French Riviera, Zelda’s illness became serious. She suddenly began to practice ballet, dancing night and day. After a second nervous breakdown, she was hospitalized for mental illness in Asheville, North Carolina. During the last years of his life, Fitzgerald lived in Hollywood, earning his living as a screenwriter. He died of a heart attack at the age of 45, leaving his final novel, The Last Tycoon (about life in Hollywood), only half done.