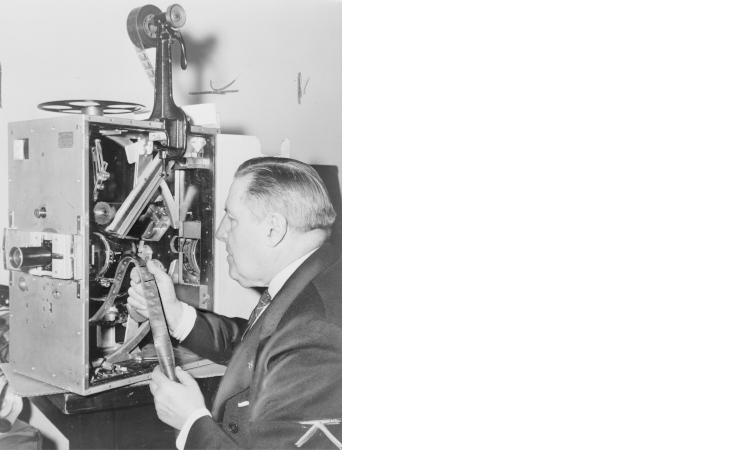 If you wanted to see a movie back in 1899, you could go see the short film Stealing a Dinner, filmed on this day, April 28, 1899 by cameraman G.W. “Billy” Bitzer. The comedy featured Professor Leonidas and his troupe of dogs and cats. This is the story:

One of the dogs steals Professor Leonidas’s dinner from the table when he leaves. In order to cover up his crime, the dog places a cat on the table. The professor finds the cat and in a rage shoots her (not for real, of course), but is promptly arrested by a large dog dressed in policeman’s clothes.

This short comedy was one of the first motion pictures filmed by Bitzer for the American Mutoscope and Biograph Company. The mutoscope was a peephole motion picture device run by hand. The frames for the mutoscope were on cards (instead of film)-mounted on a rotating drum. When turned very quickly, it created the illusion of movement. Have you ever drawn pictures on the corner of a pad of paper and flipped through it quickly? The pictures seem to move! That was the basis of these early movies, until the projector came along and changed everything.