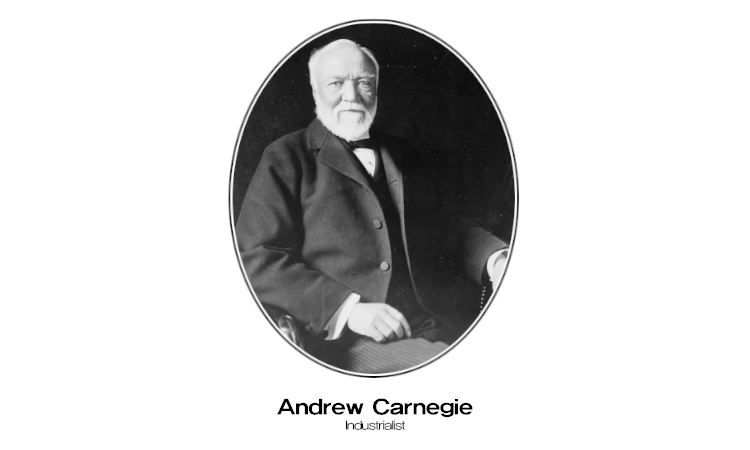 Do you practice charitable acts for others? Andrew Carnegie, one of the world’s most famous industrialists, believed in giving back to the country that helped him become a wealthy man–the United States. He did it in a big way! On March 12, 1901, the Scottish immigrant offered the city of New York $5.2 million for the construction of 65 branch libraries. Carnegie went on to use his fortune to build more libraries, schools and public foundations. Who was this generous man?

Born in 1835, Carnegie immigrated to the United States with his parents in 1848. Working in American industry and making smart investments, he had already made a fortune before the age of 30. In the 1870s, he saw the potential of the steel industry and founded his own steel mill. The company boomed. Here, the employees of the Carnegie Steel Company pose for a picture at a company picnic. In 1901, Carnegie sold the company for $250 million. It was time for Carnegie to retire. To what did he devote the rest of his life?

Carnegie devoted the rest of his life to writing and using his vast wealth to give back to society. Carnegie founded 2,509 libraries in the English-speaking world, including ones in Michigan, Ohio, Vermont, Alabama and Washington, D.C. He also founded Carnegie Mellon University. At the time of his death in 1919, he had given away over $350 million. If you made a fortune would you give it away to charity? To what cause would you give your money?