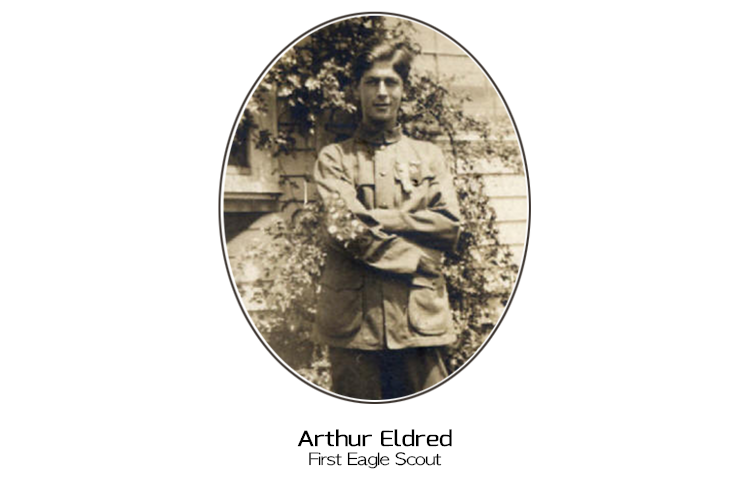 On August 21, 1912, Arthur R. Eldred of Oceanside, New York, became the first young man in America to earn the Eagle Scout award. This performance-based award goes to only about four percent of all Boy Scouts. More than one million Boy Scouts have now earned the rank since 1911, including former President Gerald Ford and film director Steven Spielberg. Do you know how many merit awards it takes to become an Eagle Scout?

It takes 21 merit awards to become an Eagle Scout, and 12 of those awards are required, such as First Aid and Citizenship of the World. The Boy Scout movement began with the 1908 publication of Scouting for Boys by British Lieutenant General Robert Baden-Powell. He suggested turning existing boys’ groups into scout patrols. Americans at that time had a popular fascination with outdoor recreation as a means of developing a person’s character.

The Boy Scouts of America was founded in 1910 with President William Howard Taft as honorary president. By 1912, every state could claim a band of troops. In 1916, the government granted Scouts the right to wear a uniform similar to a U.S. armed services uniform.

Boys weren’t the only ones who enjoyed Scouting. In 1912, Juliette Gordon Low started the Girl Guides in Savannah, Georgia, and by 1915 had established a national organization called the Girl Scouts of America. They established their headquarters in Washington, D.C. In 1936 they started baking and selling their famous cookies nationwide. But Girl Scouting is about much more than cookies and uniforms. The activities are designed to build character, to promote good citizenship, and to develop personal fitness. How many Scouts do you know?