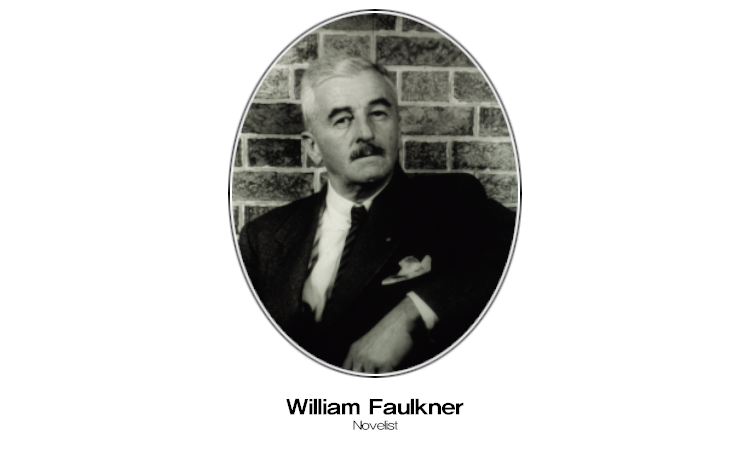 Novelist William Faulkner knew the South well. He spent most of his life there, and wrote with compassion about family, community, and the people he knew. Born in New Albany, Mississippi, on September 25, 1897, Faulkner created the legendary Yoknapatawpha County. Its fictitious population includes Southern white aristocrats, merchants, farmers, poor whites, and persecuted blacks. Faulkner told how the South is still affected by its past. “The past is never dead,” he wrote. “It’s not even past.”

Faulkner earned two Pulitzer Prizes and the 1949 Nobel Prize for literature. For a brief period in 1925, he lived in New Orleans, Louisiana. There, fellow writer Sherwood Anderson encouraged Faulkner to write about the people and places he knew, and that is why Faulkner created his fictional country, Yoknapatawpha, which is the setting for most of his works.

Except for short stints in Europe and Hollywood, Faulkner spent the remainder of his life in Mississippi and Virginia, writing brilliantly and constantly. At first, no one would publish his work because of his experimental formats, but he was determined to continue writing anyway, for his own fulfillment. With the publication in 1929 of his fourth novel, The Sound and the Fury, his career took off. Much of the novel is told from the viewpoint of a retarded boy. Faulkner created many characters who confronted racial injustices while struggling to live with dignity.