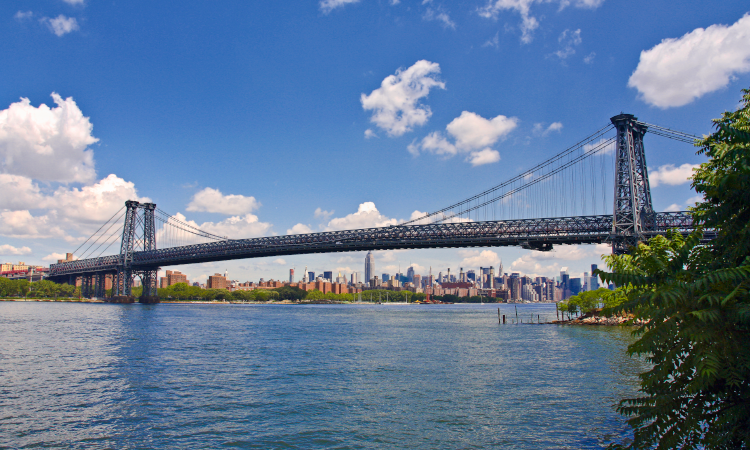 December 19, 1903
New Yorkers Celebrated the Opening of the Williamsburg Bridge

Have you ever ridden in a horse-drawn carriage? Can you imagine what it would be like to cross a bridge during rush hour with everyone in a carriage instead of an automobile? The Williamsburg Bridge was one of the last major bridges built for the horse and carriage, as well as for pedestrians and bicyclists. On December 19, 1903, New Yorkers celebrated the opening of the Williamsburg Bridge, the second suspension bridge to span the East River. (The Brooklyn Bridge was the first.) How is the bridge used today?