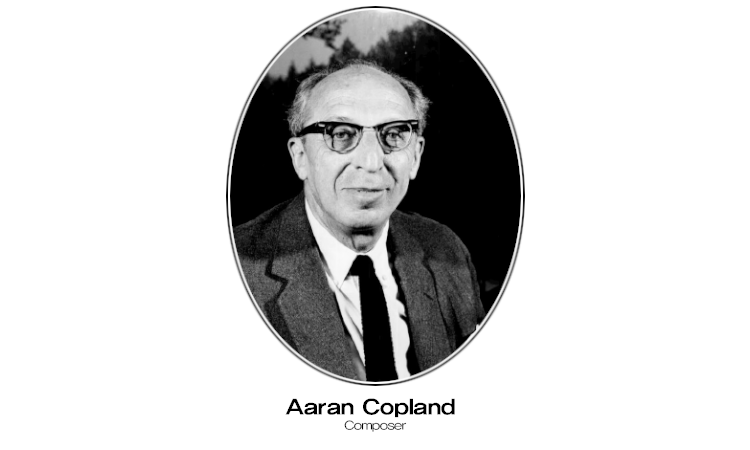 Some people don’t know what they want to be when they grow up until they are grown up. Others know when they are very young. When he was just 15, Aaron Copland decided to become a composer. Born on November 14, 1900, in Brooklyn, New York, to Russian-Jewish immigrant parents, Copland would become a famous American composer of operas, ballets, orchestral music, band music, chamber music, choral music, and film scores. How did he make his dream a reality?

An older sister taught Copland how to play the piano while he attended public high school. Then, as a first step to becoming a conductor, he tried to learn harmony through a correspondence course.

In the summer of 1921, Copland attended a newly founded school for Americans in France, where he came under the influence of a brilliant teacher, Nadia Boulanger. After three years in Paris, Copland returned to New York, composing an organ symphony for his teacher to perform at Carnegie Hall in New York. His career had begun.

Copland was very aware of the trends of his time, experimenting with jazz rhythms and new forms. He realized that radio, phonographs, and film were creating a new audience for modern music. Copland created scores that simplified music and expressed the American experience. Most important of these were the three ballets based on American folk material: Billy the Kid (1938), Rodeo (1942), and Appalachian Spring (1944), which was choreographed and performed by dancer Martha Graham. While Copland and Graham were collaborating on the creation of the ballet, she wrote to him, saying, “I have been working on your music. It is so beautiful and so wonderfully made. I have become obsessed by it.” The Library of Congress commissioned the work where it was also performed for the first time.