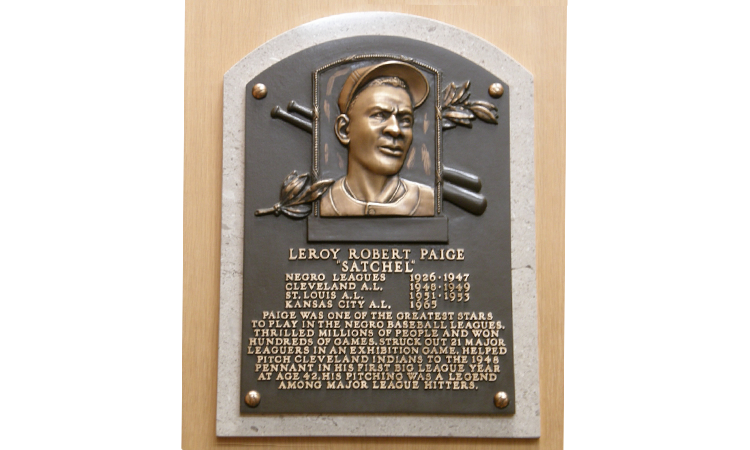 How old is “too old” to play professional baseball? At the age of fifty-nine, Satchel Paige became the oldest player in the major leagues. He may also have been the best pitcher in baseball ever.

Leroy Robert “Satchel” Paige was born on July 7, 1906. He earned his nickname, Satchel, when he was a young boy carrying bags (and satchels) at railroad stations for passengers. Initially barred from the major leagues because he was African American, Paige played in what was referred to as “the Negro Leagues.” Paige’s pitching took the Kansas City Monarchs to five Negro American League pennants. He also showcased his skills by barnstorming across the country. What is barnstorming?

In barnstorming, a player traveled across the country and pitched for any team willing to meet his price. (Teams also barnstormed around the U.S. and played against local teams.) Paige sometimes traveled as many as 30,000 miles a year and in one streak pitched twenty-nine days in a row! He played in exhibition games against the best players of the day, black or white. Huge crowds came to watch him.

“I liked playing against Negro League teams,” Paige was quoted as saying, “but I loved barnstorming. It gave us a chance to play everybody and go everywhere . . .”

Paige finally got his chance to play in the major leagues as a Cleveland Indian in 1948. That was one year after Jackie Robinson broke the color barrier in major league baseball and went to play for the Brooklyn Dodgers.