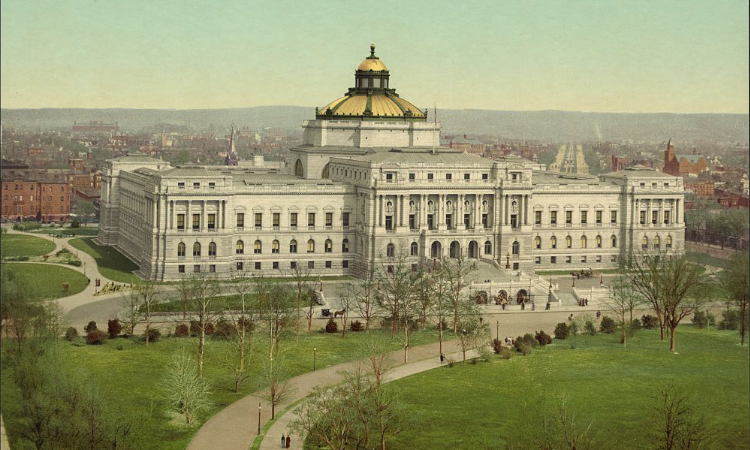 November 1, 1897
The Library of Congress Opened Its Doors

How big do you think the Library of Congress is? It was originally in one room, the Congressional Reading Room in the Capitol in Washington, D.C. As the collection grew, America’s Library needed a building of its own. The first Library of Congress building opened its doors to the public on November 1, 1897, and it was quite a sight!

In 1871 the Librarian of Congress, Ainsworth Rand Spofford, suggested the construction of a building designed with the dignity and magnitude befitting “America’s National Library.” Spofford “envisioned a circular, domed reading room at the Library’s center, surrounded by ample space for the Library’s various departments.” Architects Thomas Casey and Bernard Green began to focus on the interior of the building in 1888. They hoped to make it a showcase for the talents of American artists and artisans. When completed, it was the largest and costliest library building in the world and a grand showcase for knowledge and learning in America.

In 1980, the building was named the Thomas Jefferson Building in honor of the nation’s third president. In 1815, Jefferson sold his personal collection of 6,487 books to the Library, helping to rebuild the holdings that had been destroyed when the British burned the Capitol during the War of 1812.

How big is the library today? Congress houses most of its collections in three buildings on Capitol Hill. In fact, if all the bookshelves in the library were laid end to end, they would stretch over 500 miles! Take a visit to your Library of Congress.