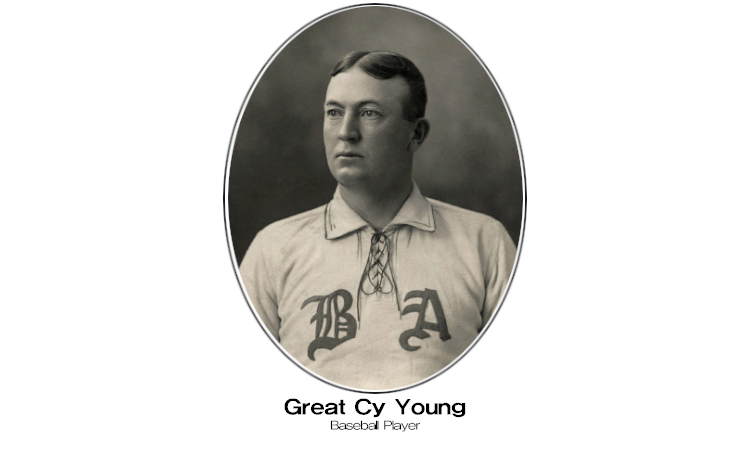 And here’s the pitch. Steee-rike three! You’re out!

Fans of the Cleveland Spiders from 1890 to 1901 heard that cry often when their talented pitcher, the great Cy Young, was on the mound. Young pitched his first professional game on August 6, 1890, leading his team to a win against the Chicago White Sox. That was the beginning of a great baseball career.

Over the course of his 22-year career, Young won 511 games and averaged about 23 victories a season! After his stint with the Spiders, Young played with the Boston Red Sox, and finally the Cleveland Indians, as seen in this popular trading card. His record put him into the Baseball Hall of Fame in 1937. Cy wasn’t his real name. How do you think he came to be called that?

Born Denton True Young in Gilmore, Ohio, on March 29, 1867, Young earned his nickname when a bystander observed that he could throw the ball with the force of a cyclone. He was known as Cy from that moment on. Begun in 1956, the Cy Young Award is given each year to the best pitcher in both the American and National leagues. Do you know which pitchers won the Cy Young award last season?