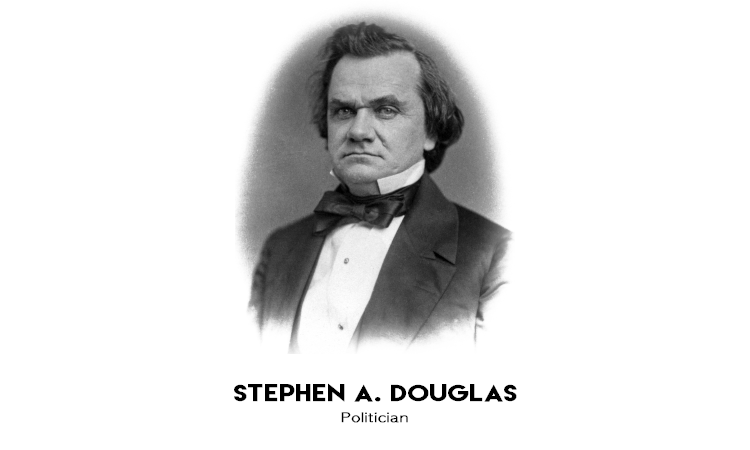 People called him the “Little Giant.” Though short in stature, Stephen A. Douglas was very influential in Congress, thus earning his nickname. Born in Brandon, Vermont, on April 23, 1813, Douglas was a U.S. representative, senator, and presidential candidate.

Douglas settled in Illinois at the age of 20. There he quickly established himself as a leader in the Democratic Party, first in the House of Representatives and then the U.S. Senate. Before his death in 1861, what did the “Little Giant” accomplish in government?

Douglas supported the expansion of U.S. territory. He became a leader in the effort to negotiate the sensitive issues regarding the spread of slavery into the territories. When Kansas was to be admitted as a state, Douglas wanted a popular election and not a congressional decision to determine whether it would be a slave or free state. President James Buchanan was so strongly opposed to Douglas’s point of view that he worked to block Douglas’s reelection. But Douglas remained popular with Illinois voters. Can you guess who he was running against?

In the Senate campaign of 1858, Democrat Stephen Douglas ran against Republican Abraham Lincoln. Lincoln challenged Douglas to a series of seven debates, known today as the Lincoln-Douglas debates. Douglas won that election, but the national publicity that Lincoln received led to his victory when he ran against Douglas a second time in the 1860 presidential election. Do you know a “Little Giant” like Stephen A. Douglas?