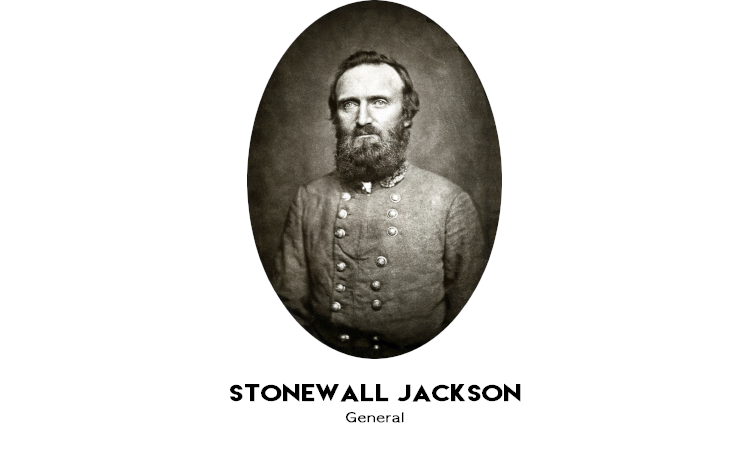 Do you have a nickname? How did you get yours? Some nicknames describe the way people look or are variations of their name. Some people earn nicknames because of something they’ve done. “Stonewall” Jackson was born Thomas Jonathon Jackson on January 21, 1824, in Clarksburg, West Virginia. He went from being an orphan to one of the most valued generals in the Southern Army.

Despite the fact that he was mainly self-educated, Jackson went to West Point Military Academy and graduated 17th in his class. After he graduated, he was sent as an officer to fight in the Mexican War. He had some quiet years after that, teaching military tactics and physical science at the Virginia Military Institute. He spent summers enjoying art and culture.

Then in 1861, the Civil War started and Jackson began to lead troops to battle for the South. It was during the Battle of Bull Run in Virginia that he received his nickname. During the gunfire and confusion of the battle, Brigadier General Barnard E. Bee said, “There is Jackson standing like a stone wall.” The soldiers under his command came to admire his stubborn courage and started calling him “Stonewall” Jackson. As General, he fought in many battles, until he was wounded by friendly fire at the Battle of Chancellorsville in Virginia in 1863 and died 8 days later from pneumonia.