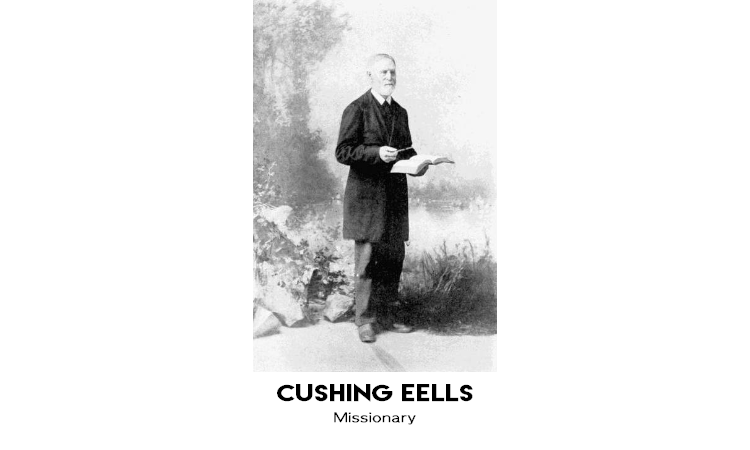 Whitman College, located in Walla Walla, Washington, is the oldest educational institution in Washington state. A missionary by the name of Cushing Eells, who was born on this day in 1810, founded the college and named it for Marcus and Narcissa Whitman, fellow missionaries, who were killed by Native Americans in 1847.

In 1836, the Whitmans set up a mission among the Cayuse Indians at Waiilatpu not far from where Walla Walla is today. In addition to promoting the Protestant religion, the Whitmans set up schools and mills for grinding grain and introduced crop irrigation. A few years later, Marcus Whitman helped a group of 1,000 settlers find their way to the Oregon Territory. When the new settlers arrived, tensions with the Native Americans increased.

Trouble erupted in 1847 when a measles epidemic spread through the area. In addition to being a missionary, Marcus Whitman was also a doctor, and he tried to help those who caught the disease. For some unknown reason, a greater number of Native American children died from the measles and Whitman was accused of using magic to kill off the Native Americans in order to make room for the settlers. On November 29, 1847, Cayuse warriors killed Marcus and Narcissa Whitman and 12 other settlers. This event, known as the Whitman Massacre, sparked the Cayuse War, which was fought until 1850.