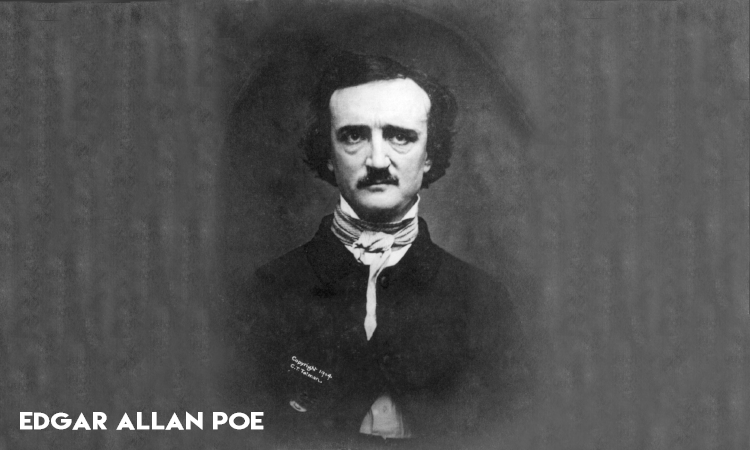 If you like horror stories that run shivers up and down your spine, try reading the work of Edgar Allan Poe. Born on January 19, 1809, Poe was a master of tales of terror and the originator of the modern detective story. In his poem “The Raven,” a big black bird comes into the narrator’s den, sits upon a statue, and stares at him. “Nevermore,” says the bird.

In “The Tell-Tale Heart,” a man commits a murder and hides the body under the floorboards in the house. But, he begins to go mad, hearing the wild beating of his victim’s heart getting louder and louder. Try reading “The Black Cat,” or “Murders in the Rue Morgue.”

What do you know about the life of the man who wrote these strange tales?

Poe was a successful editor, journalist, and critic of literature, but his personal life was full of tragedy and romance, much like his stories. Poe’s parents, both actors, died when he was two. He was left in the care of kind, childless foster parents, the Allans. They sent him to excellent schools and supported him in every way, but Poe had problems with gambling and drinking. He experienced the loss of many of the women in his life: first his own mother, then a friend’s mother when he was 15, his foster mother when he was 20, then his frail young wife, Virginia Clem.

Poe died in 1849, but his stories and poems live on as masterpieces of American horror, mystery, and romance. They are great to read aloud. Try reading one with your family or friends.