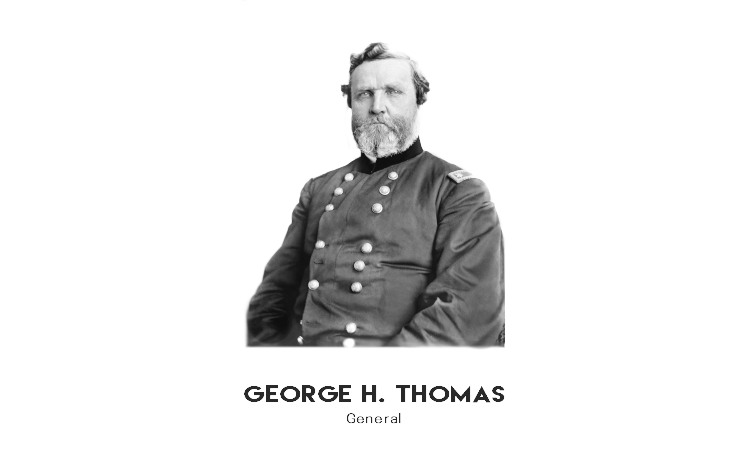 Born on July 31, 1816, in Southampton County, Virginia, General George H. Thomas was known as “The Rock of Chickamauga.” He got the nickname by defending the Chickamauga Creek in northwestern Georgia in 1863 during the Civil War. He then went on to win more battles for the Union. Doesn’t he look “rock” solid in this old photograph?

A graduate of West Point, Thomas served in the Mexican War and returned to teach at West Point. When the Civil War began, he remained loyal to the Union. In 1864, he helped General William T. Sherman take Atlanta. Thomas also fought and won conflicts at Franklin and Nashville, Tennessee. This photograph showing the outer line of Union soldiers at the Battle of Nashville gives you an idea of how hard life was for the men living and fighting on the front. The leadership of the “Rock of Chickamauga” often gave soldiers the courage to continue the struggle.