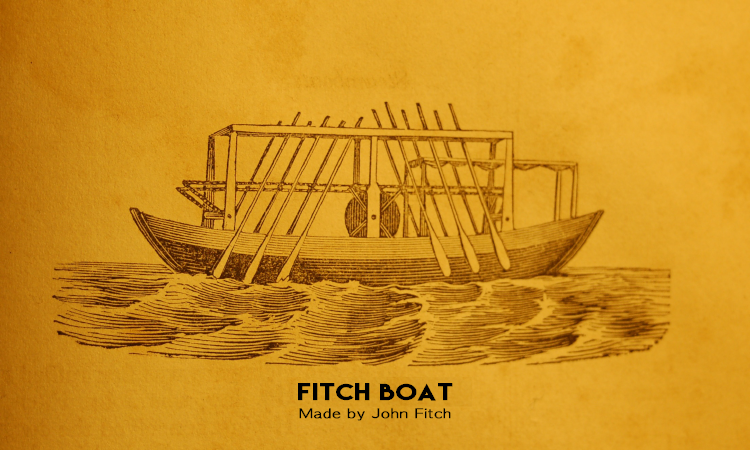 August 26, 1791
John Fitch Was Granted a U.S Patent for the Steamboat

Have you ever ridden in a motor boat? Do you know what makes them move? Before the invention of the internal combustion engine, steam was used to power ships. On August 26, 1791, John Fitch was granted a United States patent for the steamboat. He first demonstrated his 45-foot craft on the Delaware River in 1787 for delegates from the Constitutional Convention. He went on to build a larger steamboat that carried passengers and freight between Philadelphia, Pennsylvania, and Burlington, New Jersey. The first steamboats were slow by modern standards–certainly not fast enough for water-skiing. However, they opened up a new kind of travel for both cargo and passengers.

In 1814, Robert Fulton and Robert Livingston brought commercial success to steamboating. They offered regular steamboat service between New Orleans, Louisiana, and Natchez, Mississippi. The boats traveled at the breakneck speed of eight miles per hour downstream and three miles per hour upstream. (Three miles per hour is the average walking speed!) In 1816, it took 25 days for the steamboat Washington to go from New Orleans to Louisville, Kentucky, but improvements were made. By 1853, that same trip took only four and one-half days.

Between 1814 and 1834, New Orleans steamboat arrivals increased from 20 to 1,200 a year. Boats carried passengers and all kinds of cargo: cotton, sugar, animals, and later agricultural and industrial supplies. Into the 20th century, steam propulsion became so advanced that you could ride a giant steamer across the ocean. When railroads adopted the technology of steam, they too began to flourish. By the 1870s, they had replaced the steamboats as the major transporter of goods and passengers within the United States. You can still ride a tourist steamboat today. Steam-driven paddleboats are especially popular on the Mississippi.