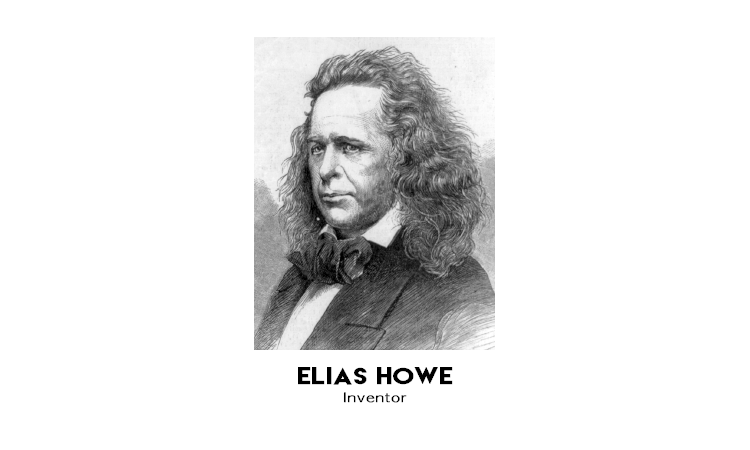 In the early 1800s, most people didn’t have the money, not to mention a choice of stores in which to buy clothes for themselves and their families. At that time, everything was made by hand. Families sewed their pants, shirts, and dresses using a needle and thread. But Elias Howe changed all that. Born on July 9, 1819, Howe came up with another way to make clothes. He patented the first practical American sewing machine in 1846. Maybe you thought the inventor was someone named Singer?

At 250 stitches a minute, Howe’s machine could out sew the fastest of hand sewers. Despite its speed, though, Howe’s invention did not sell very well. It wasn’t until Isaac Singer (1811-1875) and Allen Wilson (1824-1888) each added their own new features to the machine that it became more popular. Singer invented the up-and-down motion mechanism, and Wilson created a rotary hook shuttle. (A sewing machine uses two spools of thread. The shuttle holds the lower thread and carries this thread through a loop of the upper thread, resulting in a stitch.) Howe, Singer, and Wilson put their inventions together, and soon sewing machines were built and sold to garment factories all over the United States.

In 1889, an electric sewing machine for use in the home was designed and marketed by Singer. By 1905, Americans all over the country were beginning to sew with electrically powered machines. Today sewing machines in manufacturing plants use computer technology to create customized clothing with little human intervention. Have you ever used a sewing machine?