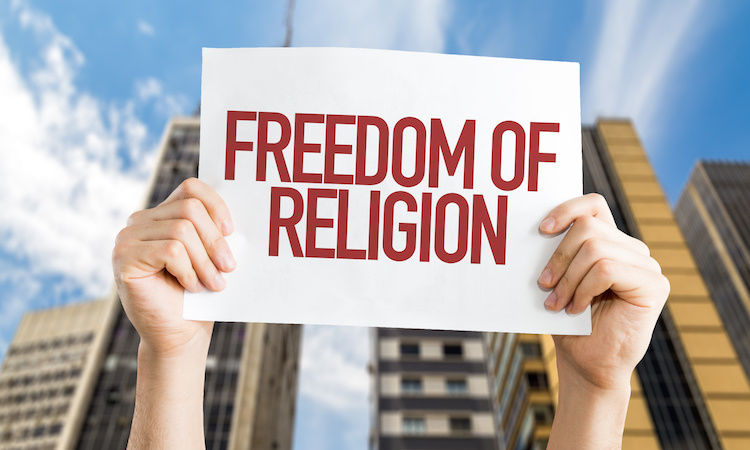 Do you go to church or temple? If you want to, you can go to whatever kind of religious institution you prefer. This kind of religious freedom doesn’t exist everywhere in the world. In the United States, freedom of religion is upheld by the First Amendment to the Constitution. This amendment was written in 1789. Not long after, the members of the Hebrew Congregation in Newport, Rhode Island, presented George Washington with a congratulatory address when he visited their city on August 17, 1790.

The First Amendment and nine other amendments make up the Bill of Rights, which was adopted in 1791. The First Amendment states, “Congress shall make no law respecting an establishment of religion, or prohibiting the free exercise thereof.”

After his visit, George Washington wrote a response to the address written by Moses Seixas, a member of the Hebrew Congregation. Both addresses appeared at the same time in several newspapers. These are important because they mark the first presidential declaration of the free and equal status of Jewish-American citizens. Why do you think religious freedom is important?