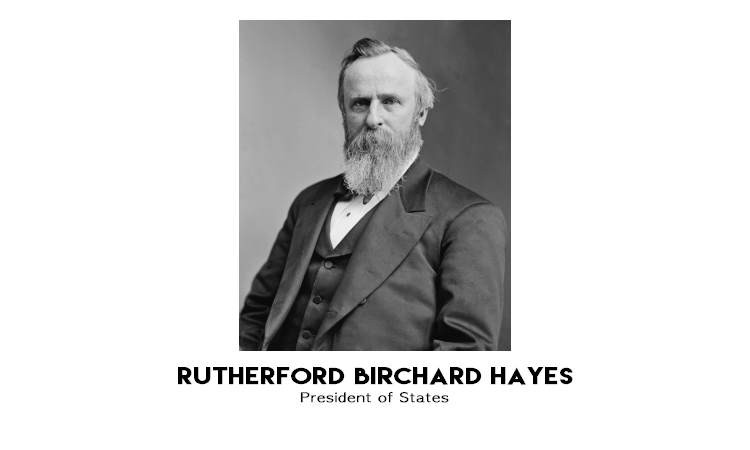 On the night of the 1876 presidential election, Republican candidate Rutherford B. Hayes went to bed early. He assumed that he had lost the election to his opponent, Democrat Samuel J. Tilden. Tilden did win the popular vote that night, but the Republicans challenged the validity of the electoral votes from three states. (Under the Electoral College, each state chooses electors to vote for the president.) A candidate must win the electoral vote to become president.

Congress appointed a special Electoral Commission to make a decision on the matter. The commission was made up of five senators, five members of the House of Representatives, and five Supreme Court justices. In the end, the commission determined that Hayes was elected president by a margin of one electoral vote. Because of the tension surrounding his election, Hayes’s first official duty was done in secret.

Hayes’ first duty was to take the oath of office, which he did secretly in the Red Room of the White House, becoming the first president to be sworn in there.

Rutherford Birchard Hayes was born on October 4, 1822. The Civil War had been over for 12 years by the time Hayes became president in 1877. Once in office, Hayes withdrew all remaining federal troops from the South and designated funds for improvements in the war-torn South. Surprising many, President Hayes also signed the bill that allowed women attorneys to appear for the first time before the U.S. Supreme Court. At least two other “firsts” occurred at the White House while Hayes was president.

In 1879, the first telephone was installed in the White House. President Hayes did not use it very often, however, because there were not many other telephones in Washington.

Hayes spent his retirement working toward prison reform and creating educational opportunities for Southern black youth. He died in 1893 at his home in Fremont, Ohio.