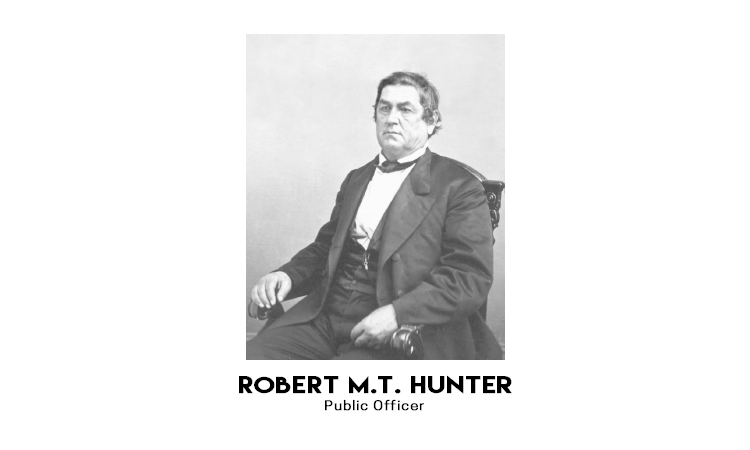 Robert M.T. Hunter was born on April 21, 1801, in Essex County, Virginia, and educated at the University of Virginia. He once declared to his son, “I am a Southern man.” Throughout his political career, Hunter remained uncompromisingly pro-slavery and pro-South. He represented his home state of Virginia in the U.S. House of Representatives, serving as Speaker of the House from 1839 to 1841, and in the U.S. Senate from 1847 to 1861. His loyalties to the South, however, eventually made him a rebel.

During the Civil War, he served as Confederate Secretary of State and in the Confederate Senate. As an officer of the Confederate States of America, he was captured and imprisoned at the war’s end. After his release, Hunter returned to his beloved Virginia, where he continued to serve in public office until his death.