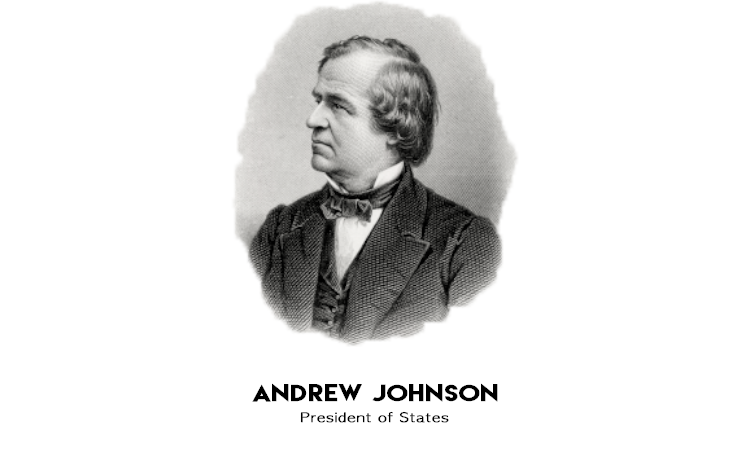 If you looked only at Andrew Johnson’s childhood, you would never guess that he would rise to the highest office of the United States. The 17th president of the United States, Andrew Johnson was born in Raleigh, North Carolina, on December 29, 1808. His father died when he was young, leaving the family in poverty. From ages 10 to 17, young Johnson worked as an apprentice to a tailor. He worked at that trade for a number of years, during which time he moved with his mother to Greenville, Tennessee. Johnson never attended school. Once married, however, his wife, Eliza McCardle, became his tutor, providing him with a good common education.

A gifted political speaker, Johnson climbed the political ladder quickly. In 1829, he won his first office as an alderman, or county councilman. In rapid succession he became mayor of Greenville, a member of the Tennessee state legislature, U.S. congressman, governor of Tennessee, and U.S. senator. In Congress, Johnson was a strong advocate of America’s westward expansion. He did not, however, make friends among his Southern compatriots. He was the only Southerner in Congress who firmly supported the Union throughout both the secession crisis and the Civil War. After federal forces captured portions of Tennessee, Lincoln appointed Johnson military governor of the state. Johnson took the job in the face of lynch mobs and bullets.

Two years later, Johnson became Abraham Lincoln’s running mate, despite the fact that he was a Democrat and Lincoln was a Republican. After Lincoln’s assassination in April 1865, Johnson went from vice president to president. In foreign affairs, things went fairly smoothly. But at home, Johnson faced a crisis. Trying to reconstruct the country after the Civil War, radical Northern Republicans thought his policies toward the South were not harsh enough. Ill will and deep political disagreements ended with Congress voting to impeach (accuse of high crimes) Johnson in February 1868. A few months later, the Senate acquitted Johnson of the impeachment charges by just one vote. He served the remainder of his presidential term, but the brand of impeachment has traveled with his memory.