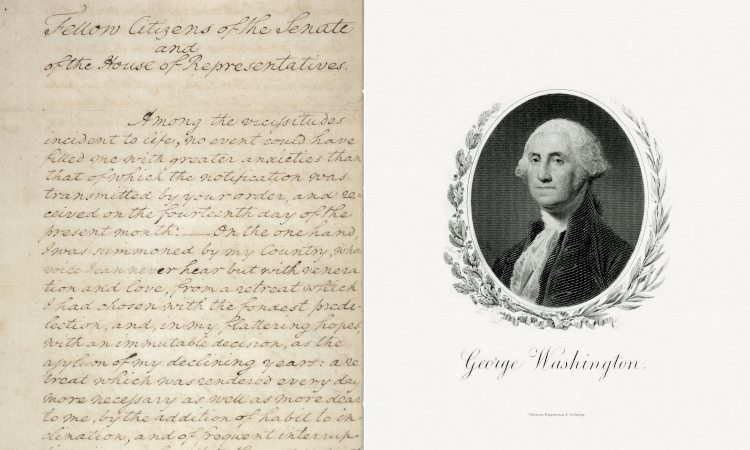 On April 30, 1789, in a deep, low voice, George Washington gave his first speech as president of the United States. This speech is now known as the first presidential inaugural address. He spoke to a joint session of Congress (the Senate and the House of Representatives together) that had gathered in Federal Hall. Federal Hall is in New York City, which at the time was the new nation뭩 capital. When you think of a presidential speech, what do you think presidents talk about?

Washington kept his first speech very simple. He spoke about ideas for amendments (changes or additions) to the Constitution. He finished by asking for a “divine blessing” on the American people and their elected representatives. By making a speech, Washington did more than was necessary. The Constitution required only an oath of office. Washington established a tradition of making a speech that every elected president in American history has followed.

It may sound odd, but George Washington did not run for president of the United States. He did not want to be president. Two weeks before he went to New York to be sworn in as president, he gave an emotional speech to the people of his hometown of Alexandria, Virginia. He said he was sorry to leave his Mount Vernon home where he had retired.

George Washington hesitated at first about becoming President, but he served two terms in office.