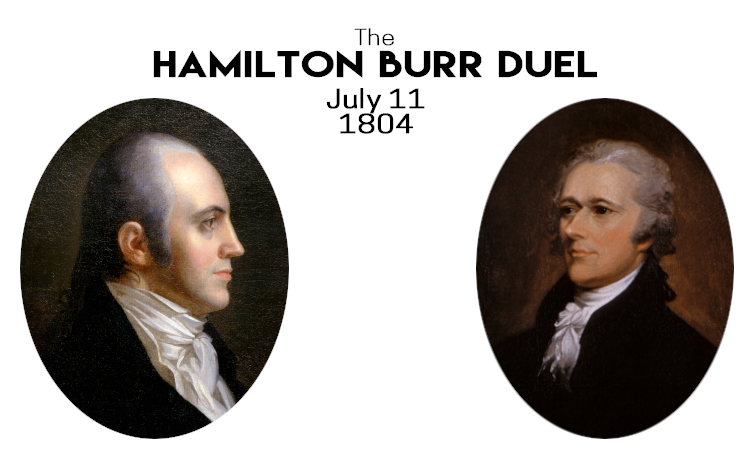 July 11, 1804
Alexander Hamilton and Aaron Burr Dueled to the Death

On the morning of July 11, 1804, Alexander Hamilton and Aaron Burr raised their dueling pistols and took aim. Hamilton, the former secretary of the treasury, and Vice President Burr were longstanding political rivals and personal enemies. Burr might have been the president instead of vice president, had it not been for Hamilton’s interference. When Burr’s term as vice president was almost over, he ran for governor of New York. Hamilton, once again, prevented Burr from winning by opposing his candidacy. Burr retaliated by challenging Hamilton to a duel.

Hard to believe, but settling differences with a duel had been the custom before the Revolution. In 1804, however, dueling was no longer legal in the state of New York, where both men were political leaders. Burr was indicted for murder, but the charges were later dropped.

Fortunately, politicians today use debates and the press to settle their differences. Dueling and other violence have never been an intelligent way to solve a problem. In a duel, the loser lost more than just an argument; he lost his life.