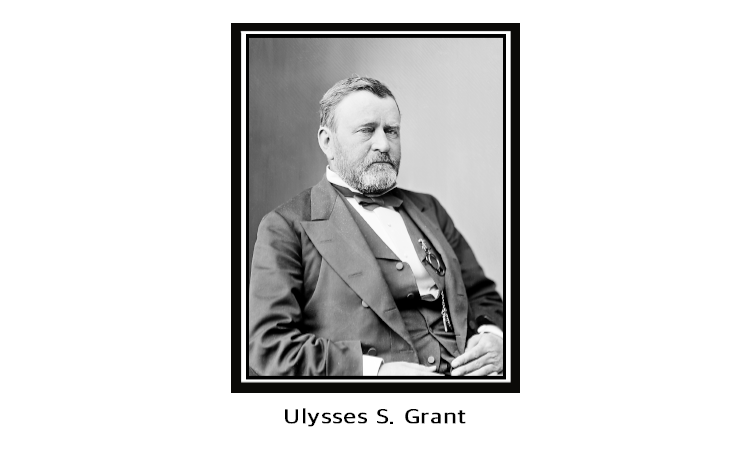 One of the most honored and respected military leaders in U.S. history never even wanted a military career. Despite that, he became a general and served two terms as president of the United States. Ulysses S. Grant, born on April 27, 1822, in Point Pleasant, Ohio, wrote, “A military life had no charms for me, and I had not the faintest idea of staying in the army even if I should be graduated, which I did not expect.” However, Grant did graduate from the U.S. Military Academy at West Point in 1843 and later began leading soldiers in battle.

The quiet, unassuming, and keenly intelligent Grant suddenly found himself on the battlefields of the Mexican War (1846-48), a conflict he personally opposed but fought with great bravery. (During the Mexican War, the U.S. fought its neighbor to the south over disputed Texan land.) After the war, he returned home to wed his longtime fiancé, Julia Dent, but the couple had only four years together before Grant was transferred. Even a promotion did not relieve Grant’s longing for his family and boredom with army routine. The 32-year-old captain resigned his commission in 1854.

After failed business ventures, Grant returned to the army in 1861. Within months, he was promoted to brigadier general and placed in charge of 20,000 Union troops, which he led to many victories during the Civil War. Grant commanded larger and larger armies as the war went on and, by 1864, he commanded the whole U.S. army as general-in-chief. Just as he had drifted into the military, Grant drifted into politics. He easily won the presidential elections of 1868 and 1872. In 1884, the war hero, diagnosed with cancer, managed to write one of the finest military autobiographies ever written. It was published by his friend, Mark Twain. Ask your family if they have ever read the memoirs of Ulysses S. Grant.