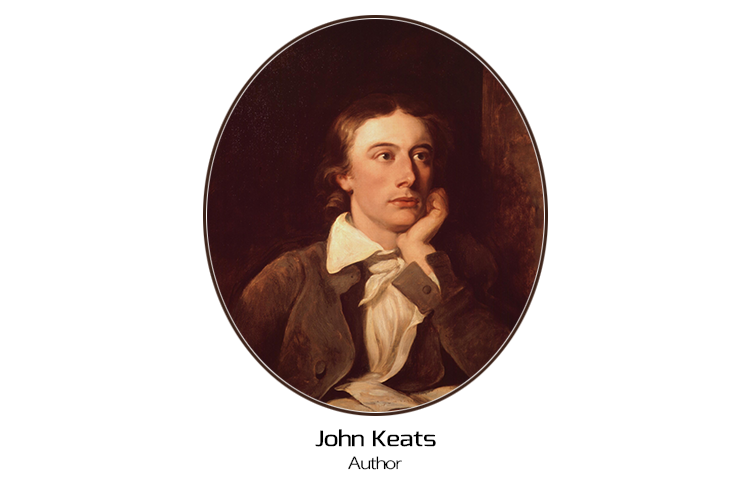 What’s your favorite season? Summer, spring, winter, or fall? Ever write about your favorite time of year? On September 19, 1819, English poet John Keats was inspired by the changing season and wrote an ode “To Autumn.” Here’s how it begins:

Season of mists and mellow fruitfulness,
Close bosom-friend of the maturing sun; . . .

The lyric poem is all about the beauty of the season and the melancholy mood that occurs as fall turns into winter.

Where are the songs of Spring? Ay, where are they?
Think not of them, thou hast thy music too, –. . .

John Keats wrote several odes, which many people say are his greatest poetic achievements. With the exception of “To Autumn” which he wrote in September, he wrote all the odes between March and June of 1819. During this time, he was struggling with a fatal illness as well as mourning the death of his brother. He also had an intense love affair with Fanny Brawne, who later became his fiancée. Sadly, John Keats died from tuberculosis at the age of 25 in 1821.

Observation and description of the natural world were typical of the English Romantic movement (Romantic writing is characterized by an idealization of the past.) Poets John Keats, William Wordsworth, and Samuel Taylor Coleridge had an influence on American writers such as Henry David Thoreau. Living on Walden Pond, Thoreau continued the tradition of Romantic poets in his journals describing his surroundings.