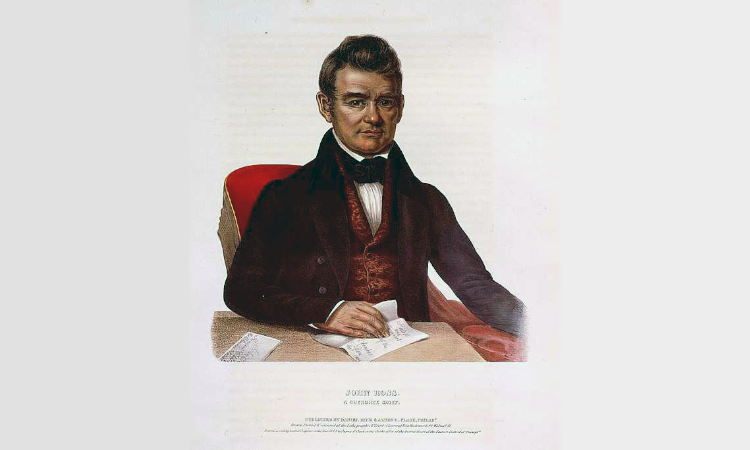 What is the saddest thing you’ve ever had to do? Did it make you cry? John Ross had to lead the Cherokee people 1,000 miles away from their ancestral home in Georgia. So many people died along the way that the forced march became known as the “Trail of Tears.”

John Ross was born on October 3, 1790. His Cherokee name was Tsan-Usdi, which means Little John. When he grew up, he became Chief of the United Cherokee Nation.

John Ross and many Cherokee tried to resist the 1830 Indian Removal Act that forced them from their land. Ross made repeated trips to Washington as representative of his people, and he even successfully argued the tribe’s case before the Supreme Court. The Supreme Court ruled in favor of the Cherokee people, but President Andrew Jackson refused to send troops to protect the American Indians on their homeland.

Leading his people to the unfamiliar territory of Oklahoma may have been the saddest thing John Ross ever had to do. How would you feel if you were forced to leave your home forever?