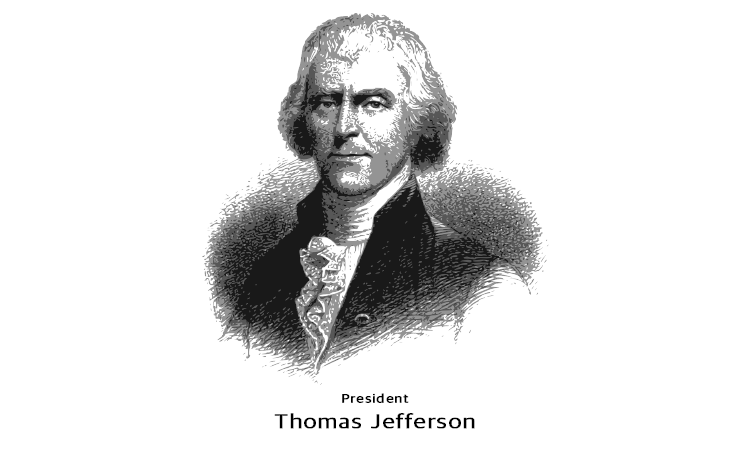 February 17, 1801
Thomas Jefferson Won the Election and the Presidency

On February 17, 1801, Thomas Jefferson was elected president of the United States, but there was more to it than beating his opponent.

When Thomas Jefferson ran for president, he beat his opponent, John Adams, but he tied with his running mate, Aaron Burr. So, who was to be the president and who was to be the vice president? It was up to the House of Representatives to decide, and most of the congressmen did not like the idea of voting for Jefferson. He wasn’t even a member of the same political party as they were. Jefferson and Burr campaigned against each other for six days. Finally, Thomas Jefferson won the support of Congress and became the third president of the United States. Burr, as a result, became vice president.

Congress decided to establish a process so they wouldn’t have to make that decision again.

Three years after Jefferson was elected, the Twelfth Amendment to the Constitution was adopted. This amendment states that the ballots used in the election process should indicate which person is running for President and which is running for Vice President.

Today, if you run for president of the United States, you won’t have to worry about being elected vice president instead.