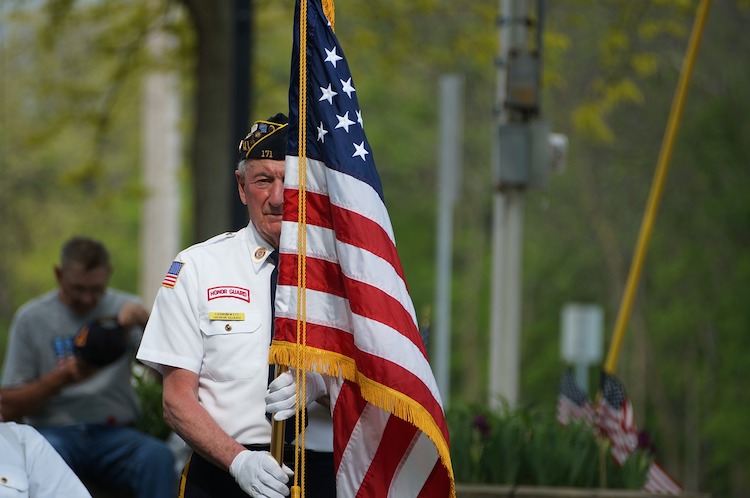 Give a salute to war veterans! It’s Veterans Day, when thousands of people will visit the Tomb of the Unknowns in Arlington National Cemetery, Virginia. At 11 a.m., a color guard representing all military services will execute “Present Arms” at the tomb. A presidential wreath will be placed on the tomb, symbolizing the nation’s remembrance of all those who died fighting for their country. A bugler will step up and play “Taps.” After this Veterans Day ritual, ceremonies will continue in the surrounding amphitheater with speakers and tributes. This event takes place every year on November 11, the official holiday in the United States honoring veterans of the armed forces and the men and women who have served in the country’s wars.

How do you observe Veterans Day? Do you go to a parade? Listen to a speech? Take flowers to a cemetery? People do all these things to commemorate this special holiday, which has been observed since 1918, though it had a different name and a slightly different meaning back then.

It was on November 11, 1918, that Allied powers signed a cease-fire agreement, an armistice with Germany at Rethondes, France, ending World War I. Not only does the U.S. observe this day. Great Britain and France continued to recognize Armistice Day every year until World War II, when, once again, it was no time to be celebrating peace.

World War I turned out not to be “the war to end all wars.” If it had, November 11 might still be called Armistice Day. After World War II, the day was designated for giving thanks to veterans of both world wars and its name was changed to Veterans Day. Starting in 1954, after the Korean War, the date was officially changed to honor service members of all U.S. wars. In Canada, it is called Remembrance Day. In Great Britain, the Sunday nearest November 11 is set aside as Remembrance Sunday to pay tribute to veterans and victims of war. Other countries have shrines similar to the Tomb of the Unknowns in Arlington. If you look through this site, you will find stories about many veterans of many wars. How will you pay tribute to them?