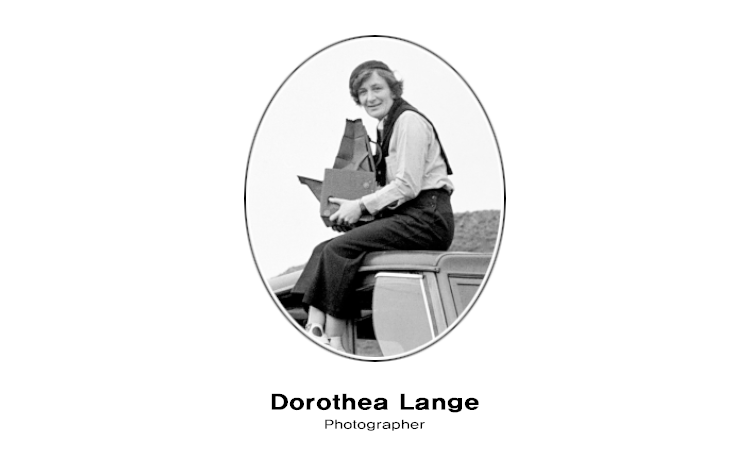 What do you see when you look through the lens of a camera? Many people take photographs to remember a special occasion. Photographs can also show us what is happening in another country or in our own backyard. Photographer Dorothea Lange is well known for her pictures of forgotten Americans.

She began her career as a studio photographer, but during the Great Depression, Lange took her camera out of the studio and onto the streets. Her photographs of the homeless led to her getting a job in one of the new government agencies established to help those in need.

From 1935 to 1940, Lange’s photographs made the country aware of those who were suffering most during the Depression, especially families of migrant farm workers who sought work in California after losing their own farms in states such as Oklahoma and Arkansas.

“I saw and approached the hungry and desperate mother, as if drawn by a magnet,” said Lange when asked about one of her most famous photographs. “I do not remember how I explained my presence or camera to her, but I do remember she asked no questions. I did not ask her name or history. She told me her age, that she was 32.”

Lange sent her photographs to newspapers across the country, free of charge. The images she took soon became symbols of the Great Depression. On October 11, 1965, photographer Dorothea Lange died in San Francisco at the age of 70. She left behind a legacy as one of America’s most influential documentary photographers.