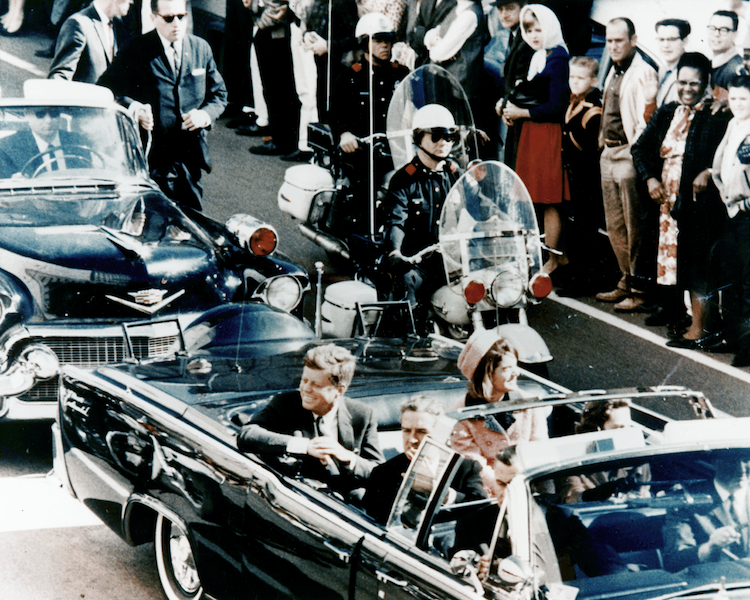 The U.S. witnesses an assassination

On Friday, November 22, 1963, a shockwave ran through the whole nation, followed by grief. President John F. Kennedy was shot as he rode in a motorcade through the streets of Dallas, Texas.

The 35th president, only 46 years old, had served less than three years in office. But during that short time, Kennedy and his wife, Jacqueline Bouvier Kennedy, became immensely popular both at home and abroad. For the next several days, stunned Americans gathered around their television sets, as regular programming yielded to nonstop coverage of the assassination and funeral.

From their living rooms, Americans saw Mrs. Kennedy, still wearing her blood-stained suit, return to Washington with the president’s body. They saw the murder of the accused assassin, Lee Harvey Oswald, on November 24. Viewers followed the saddled, but rider-less horse in Kennedy’s funeral procession from the White House to the Capitol. They saw the president’s small son, John F. Kennedy Jr., step forward to salute as his father’s flag-covered coffin was taken to Arlington National Cemetery.

Television played a large role in the collective mourning of American society. For the first time, a majority of citizens together witnessed ceremonies surrounding the death of a beloved leader. Americans all over the country shared the tragic experience. Even now, television keeps the memory of the assassination alive by re-broadcasting vivid images of those difficult days to new generations.