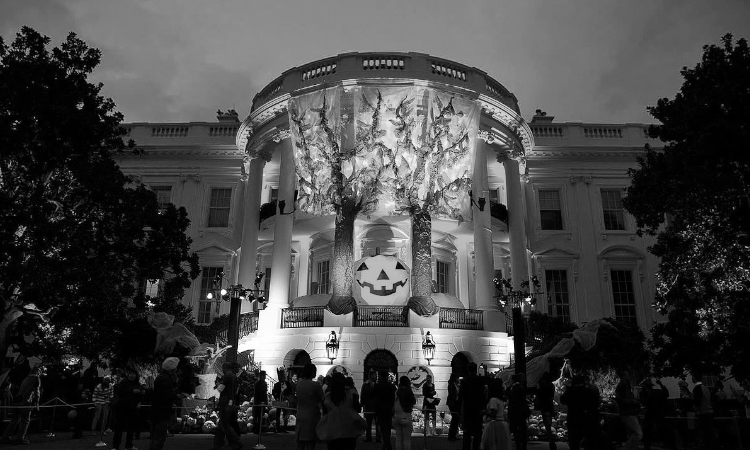 Every October 31, both children and adults slip into the night as ghouls and goblins, princesses and pirates. Many Americans celebrate the traditions of Halloween by dressing in costumes and telling tales of witches and ghosts. Pumpkins are carved into glowering jack-o’-lanterns. Children parade from house to house, knocking on doors and calling out “Trick or treat!” hoping to have their bags filled with candy. It can be a night of fun for those who participate, but the history of Halloween in America has a darker side.

For most of the 19th century and well into the 20th, Halloween was more trick than treat. Bands of mischief-makers roamed city streets and country roads blowing horns and vandalizing both residences and businesses. In addition to playing relatively harmless tricks, some pranksters caused major inconveniences. Often, special police were appointed to keep damage to a minimum.

Today, many people celebrate Halloween at masquerade parties. Sometimes, those who are at the party vote for the best costume. Have you ever been to a Halloween party? What costume will you be wearing this year?