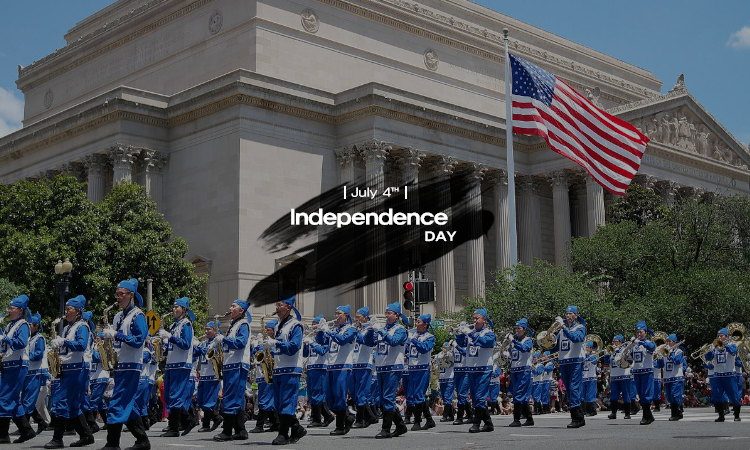 July 4, 1906
Independence Day : Americans Celebrate the Birth of Their Nation

It’s Independence Day! Today, all across the United States, people are wishing each other a happy Fourth of July. On July 4, 1776, the Second Continental Congress unanimously adopted the Declaration of Independence. Though it is the Constitution that provides the legal and governmental framework for the United States, the Declaration, with its eloquent assertion “all Men are created equal,” is equally beloved by the American people. On the Declaration’s first anniversary, many citizens of Philadelphia had a spontaneous July 4th celebration. But it wasn’t until after the War of 1812 that observing Independence Day became commonplace.

In the past, large public events were arranged to take place on July 4 in order to coincide with the holiday. The groundbreaking ceremonies for the Erie Canal and the Baltimore and Ohio Railroad both took place on July 4. But even without these events, Americans have long celebrated Independence Day with great fanfare. Picnics and parades fill the day while fireworks fill the night sky. A band may play one of John Philip Sousa’s marches, such as “The Stars and Stripes Forever.” Friends and families barbeque, hold contests and races, wave flags, sing, or listen to patriotic speeches. By the 1870s, the Fourth of July was one of America’s most important holidays.

In 1859, still in the days of slavery, the Banneker Institute of Philadelphia urged African Americans to celebrate Independence Day, even though it recognized that the ideals of the Declaration of Independence were in conflict with the practice of slavery. Nonetheless, the institute expressed the hope that soon, “our long lost rights will be restored to us.”

The Fourth of July became a legal holiday in 1941. Every year the celebration of the American ideal that–“all Men are created equal”–continues. How do you celebrate Independence Day?