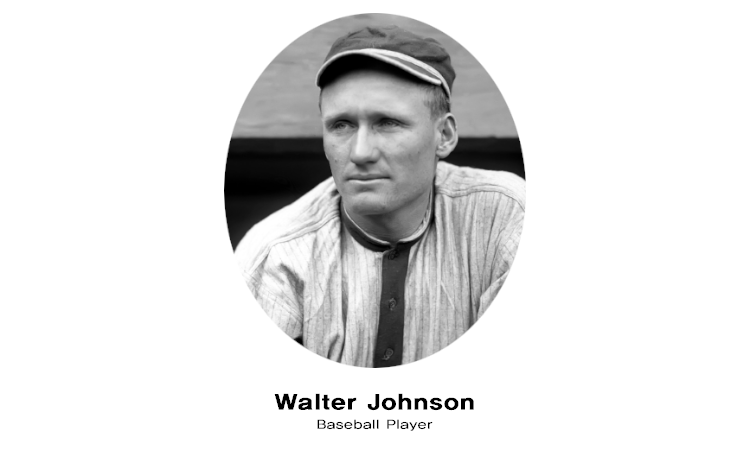 Who’s the best pitcher you’ve ever seen play baseball? Between 1907 and 1929, many fans would have answered “The Big Train,” Walter Johnson. Baseball great Walter Johnson died on December 10, 1946, at the age of 59, but he left behind an amazing legacy of records to beat. He scored more shutout victories (110) than any other major league pitcher. In 1913, he set a record for most consecutive scoreless innings, pitching 56 of them. His record stood for more than 50 years, until Don Drysdale beat it in 1968. Johnson’s strikeout record (3,508) held until 1983. In all-time wins, Johnson is second only to Cy Young. What was this productive pitcher’s secret weapon?

Johnson’s best pitch was hardly a secret. His fastball is considered to be among the best in baseball history. One sports reporter in Johnson’s day remarked, “He’s got a gun concealed about his person. You can’t tell me he throws them balls with his arm.” He started developing his famous pitch on the mound of his Kansas high school. When the Washington Senators recruited him in 1907, he said he would come to try out only on the condition that the team would pay his way home if he failed in the big leagues. Johnson needn’t have worried!

Honored in 1913 and in 1924 as the American League’s Most Valuable Player, Johnson retired from playing baseball in 1927. Two years later, he took over as manager of the Senators until 1932. He was among the first players to be elected to the National Baseball Hall of Fame. The “Five Immortals” first chosen for the honor were Ty Cobb, Christy Mathewson, Babe Ruth, Honus Wagner, and “The Big Train” Walter Johnson. So, how’s your fastball?