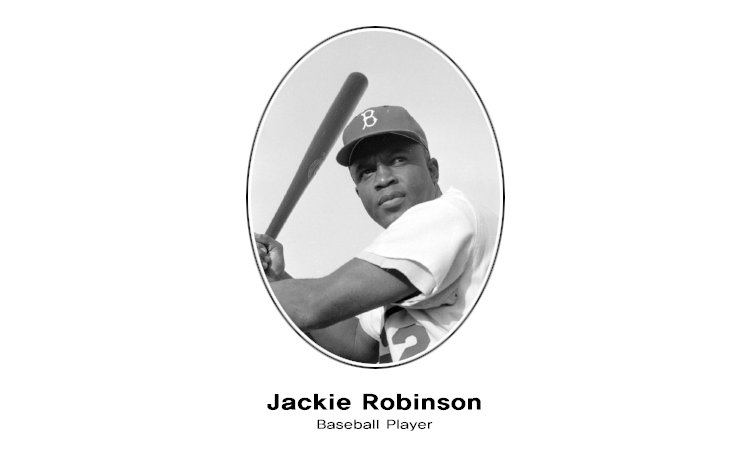 The crowd roared with applause as one of baseball’s greatest heroes, Jackie Robinson, stepped out onto the field. On October 15, 1972, Robinson, then 53, threw out the ceremonial first pitch at the second game of the World Series–25 years after he became the first African American to play in Major League baseball.

Robinson became a legend in 1947 when he debuted with the Brooklyn Dodgers, breaking the Major League baseball color line. He finished that first season as baseball’s Rookie of the Year, batting .297 and leading the National League in stolen bases with 29.

In Robinson’s phenomenal baseball career, he was voted Most Valuable Player, won a World Series with the Dodgers against their New York rivals, the Yankees, and was elected to the Baseball Hall of Fame. For many of his retired years, Robinson refused to set foot into a stadium in a personal boycott, demanding the hiring of more minorities in baseball’s managerial and front-office positions.

Robinson left behind an amazing record of baseball accomplishments and a heroic beginning for others, perhaps some of your favorite players.