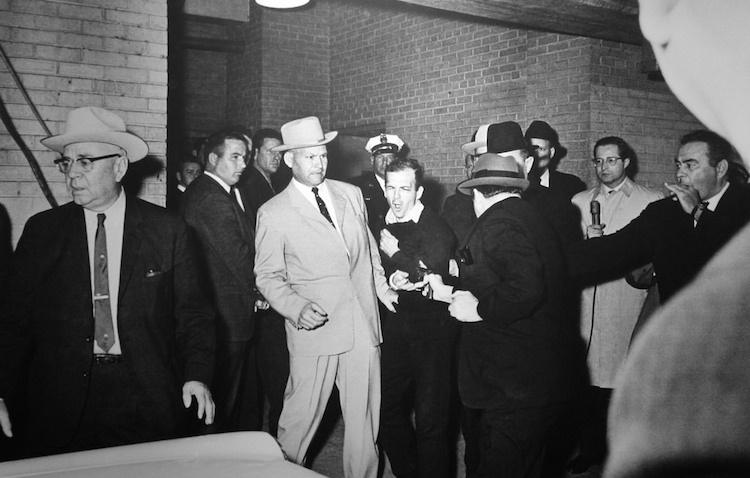 On November 24, 1963, Dallas, Texas, police were transferring Lee Harvey Oswald, who had been arrested for assassinating President John F. Kennedy two days earlier, from one jail to another. A crowd of journalists, photographers, and police crowded around in the jail’s basement garage, and watched as Oswald was led out and was about to be placed in a police car. Suddenly, Jack Ruby, an owner of a Dallas nightclub and admirer of President Kennedy, stepped forward, drew a gun, and killed Oswald. The whole incident was captured on live television, shocking viewers who witnessed the crime.

Jack Ruby was found guilty of murder on March 14, 1964, and sentenced to death. He appealed and won a retrial on the basis that procedural errors had occurred during the trial.

At an appeal hearing on September 9, 1965, in Dallas, Jack Ruby passed this note to his attorney, Elmer Gertz:

“Elmer, you must believe me, that I am not imagining crazy thoughts, etc. This is all so hopeless, that they have everything in the bag and there isn’t any chance of hope for me. These hearings are just stalling for time.”

The note shows Ruby’s declining mental state. In 1967, Jack Ruby died of cancer in prison before a new trial could be held.

After Kennedy was killed, Vice President Lyndon Johnson became president, and he appointed the President’s Commission on the Assassination of President John F. Kennedy. Chaired by Supreme Court Chief Justice Earl Warren, the Commission investigated circumstances surrounding the shootings of Kennedy and Oswald. In September 1964, the commission reported it had found no evidence that Oswald and Ruby were involved in a conspiracy to assassinate the president.