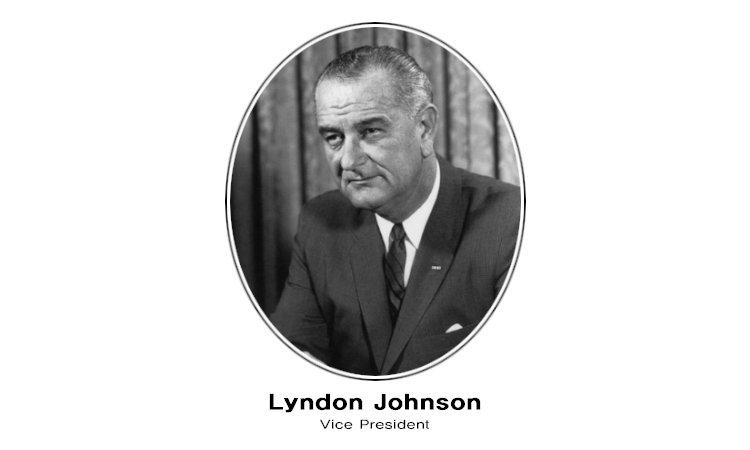 If you look up into the sky on a clear night, you might see among the sparkling stars and planets an object that is moving slowly across the dark sky. That little light is no star; it’s a satellite orbiting the earth. There are many out there, thanks in part to the efforts of John F. Kennedy and Lyndon Johnson.

On June 24, 1961, the public learned of President Kennedy’s letter assigning Vice President Johnson the high-priority task of unifying the United States satellite programs. After the Soviet Union launched Sputnik, the world’s first artificial satellite, in 1957, the U.S. space program skyrocketed. But the program was plagued with rivalries between competing government agencies and expanding costs. It needed strong leadership.

The U.S. space program had two main goals: one, develop a system of unmanned satellites that would orbit the earth and provide global telecommunications; and two, pursue manned and unmanned space exploration. Working toward both goals, NASA truly launched the U.S. into the space age.

NASA has greatly advanced satellite technology since the first U.S. earth satellite, Explorer I, was launched from Cape Canaveral in 1959. The 1965 satellite, Early Bird, had the capacity to provide a two-way television link between the U.S. and Europe. Now, satellites provide us with phone and computer communication, radio and television broadcast, accurate mapping, weather information, and so much more.